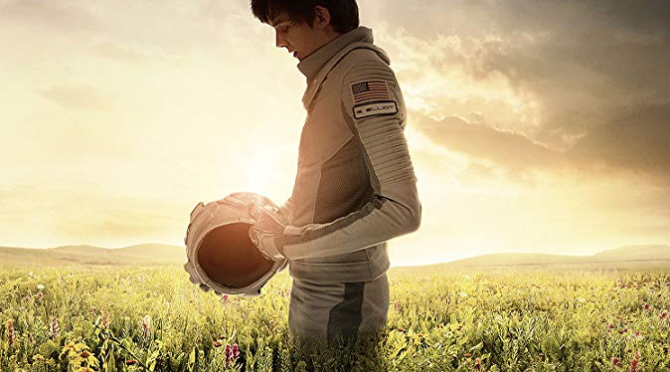 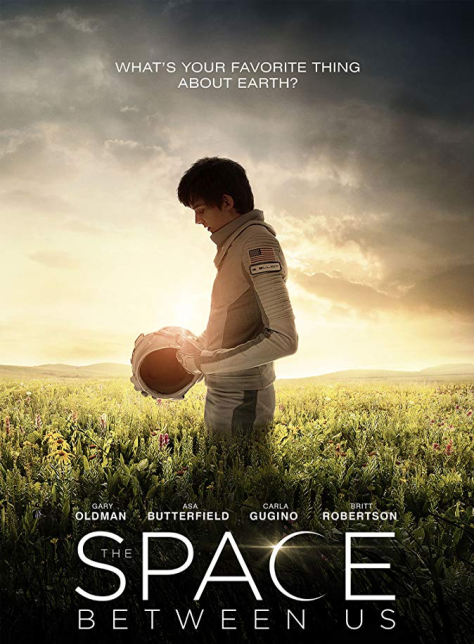 “The Space Between Us” was released earlier this year and I’ve finally gotten around to viewing this movie. The story is about the first human being (Gardner Elliot played by Asa Butterfield) born on Mars and living there throughout his childhood into early adulthood and being raised by a bunch of scientists lead by Nathaniel Shepherd (Oldman) and Kendra Wyndham (Gugino) after his mother Sarah Elliot (Montgomery) who was part of the voyage’s crew sadly dies during labour.

When the scientists at East Texas come up with a procedure that solves some of the physical challenges Gardner would encounter in Earth’s gravity, those at Shepherd’s company who always wanted Gardner to have his chance to visit Earth finally prevail and Gardner is prepared for his first trip from the Mars to the Earth. Gardner embarks on an adventure with his Earth friend Tulsa (Robertson) to discover who he really is and who wants nothing more than to come to earth and track down his natural father with Shepherd and Wyndham on their pursuit to bring him back to their secure compound after he escapes.

One thing that struck me right away was the performance by Butterfield. Already an established actor at the tender age of 20 already having appeared in The Boy in the Striped Pyjamas (2008) as Bruno and Martin Scorsese’s Hugo (2010) it’s fair to say we were in safe hands with Butterfield’s performance as Gardner. His portrayal of the character is gentle but at the same time humorous and determined. His subtle movements on his first outing on Earth has to be seen as he adjusts to Earth’s gravity. His dialogue is out of place too as he tries to blend in as a normal teenager.

Playing Tulsa is  Britt Robertson who was terrific in Tomorrowland: A World Beyond (2015) as Casey Newton and reminds me a lot of Danielle Panabaker for whatever reason. At the age of 27 is excellent as the rebel Tulsa is more seasoned actor than Butterfield but is convincing in playing a teenage role. Tulsa doesn’t realise that she is Gardner’s only earth contact and never knew the truth of his upbringing on a planet that he doesn’t exactly explain well either.

Gary Oldman is more in a supporting role in “The Space Between Us” as Nathaniel Shepherd and although it appears he is doing his utmost to keep Gardner and his identification under wraps and confidential from the world. He is actually concerned about Gardner’s health and physicality on Earth. Oldman is his usual focused self and although not exactly the villain of the movie, his character helps the pacing of the film move along at a decent rate on the heels of Gardner.

Carla Shepherd as Kendra Wyndham is similar in her screen time and purpose in “The Space Between Us” like Gary Oldman’s Nathaniel Shepherd. The difference being Kendra although the professional shows a more caring side and compassion for Gardner. Gugino plays the character almost as a step-mother to the boy and her performance and in particular with her scenes with Oldman are solid and the character Wyndham is a match for Shepherd. I’ve been a fan of Gugino since her role in Watchmen as Sally Jupiter / Silk Spectre and expected big things for the actress after the release of that movie. I don’t want to say “Sadly” but most of her roles have been television work since 2009, so I was pleased to see she had a prominent role in “The Space Between Us”

“The Space Between Us” reminded me of 1986’s “Flight of the Navigator” and as I previously mentioned 2015’s “Tomorrowland: A World Beyond” The visuals are stunning and are a joy to witness. Chelsom’s vision of a drama and humorous movie is well balanced and executed correctly. The cast seem to work well together and although Oldman in particular is the biggest star in the film it is Asa Butterfield and Britt Robertson who steal the show and the deserved praise for their portrayals in “The Space Between Us”. This movie is creative and touching and for that I recommend this movie highly.