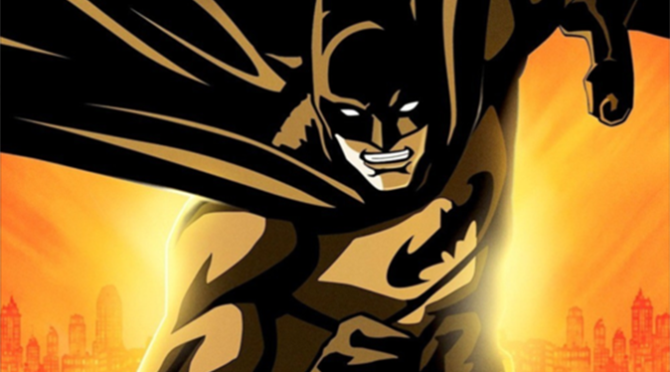 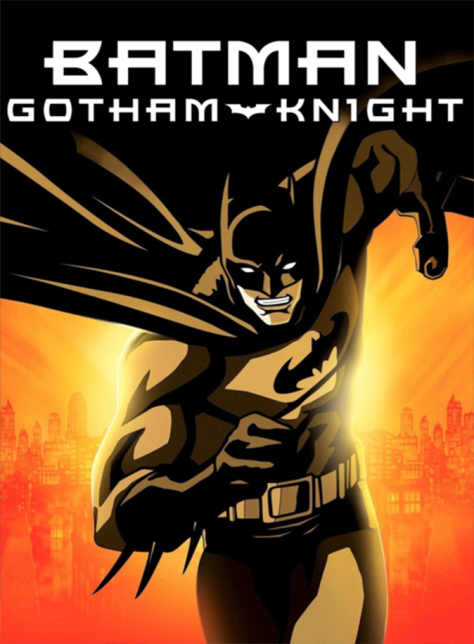 I’m going to put it out there in the opening lines to my movie review for Batman: Gotham Knight. I wasn’t keen on the first 5 minutes of this animated movie so much I was ready to stop the movie. There I’ve said it. Thankfully I didn’t do such an idiotic thing. What was it that I didn’t like? My first thoughts were that the animation looked a poor attempt of a Gorillaz music video and with the combination of the teenage skate gang’s different versions of events it didn’t get better for me at this point. That is the thing though. I missed the point on what Yasuhiro Aoki and Futoshi Higashide where doing here. Different perspectives and interpretations of The Dark Knight using the style of anime here. Now I have that out the way and out of my system I can now explain why I was wrong in disliking the opening scenes to Batman: Gotham Knight and why I’m glad I continued on watching this 2008 film.

Batman: Gotham Knight is an anthology of key events marking Bruce Wayne’s life, as he journeys from beginner to Dark Knight. The way this film is presented is like a collection of 20 minute Batman comic book stories pieced together into chapters with no real connection between them. Sounds like I’m dissing this style here but I quite liked the way this was put together and it was so different to the usual DC Animated Films. Although not exactly a bridging the gap between Batman Begins (2005) and The Dark Knight (2008) it does complement it well in it’s storytelling and should be viewed as a prelude to the latter. There is definitely a Christopher Nolan influence in this movie and more so from the 1990’s animated series.

Again talking about the casting choices for the DC Animated Films still comes as a surprise to me in the calibre of talent. It was great to see Kevin Conroy return to play Batman again. Jim Meskimen as Jim Gordon and Deadshot, George Newbern as Killer Croc, Corey Burton as Scarecrow, Gary Dourdan as Crispus Allen and fellow Scot David McCallum as Alfred. Conroy much like Mark Hamill is synonyms to his role is what we mostly enjoy about Batman in animated form. The actor understands the troubling Bruce Wayne and the inner rage of his alter ego perfectly. His tone never misses the mark and it should be remember along with Michael Keaton’s from 1989’s Batman really gave us the version of Wayne / Batman that we are so used to seeing now and in many ways was a game changer for the Caped Crusader and a far cry from the 1960’s television version. Meskimen, Newbern, Burton, Dourdan and McCallum’s screen time is limited due to the designated set times of the 6 segments that some may argue that it was enough. Other’s like myself possibly could have enjoyed their talents for a little while longer.

The animation is frantic and enthralling. Excusing that first opening that I badly misjudged, I liked the styles for the rest of the movie and although each story had a different style of animation they were all very well done and kept the same tone and again the inspiration was clearly from the 90’s series and Nolan’s film. The action in this movie is great and very intense and entertaining to witness. Particularly the fighting scenes which I was very impressed with as they were fluent in an almost live action like way.

The ever present David S. Goyer is the recipe to the success of the writing and storytelling of Batman: Gotham Knight already having Batman Begins, The Dark Knight, Justice League Unlimited under his belt in this genre and in the near future would pen the writings of the Batman v Superman: Dawn of Justice gets the character just like Conroy and with Josh Olson, Jordan Goldberg, Greg Rucka, Brian Azzarello and Alan Burnett writing segments of each of the stories, it kept it fresh and inspiring.

Overall, Batman: Gotham Knight I found the segments enjoyable. It showed the many aspects in Bruce Wayne / Batman’s life, what happened when he was much younger and what aspires him to be what he is now. I prejudged the animation style (a style that I wasn’t used to seeing in an animated Batman movie) that i thought i wouldn’t enjoy and ended up loving and found it it a rather refreshing and interesting approach to a genre. I recommend giving it a watch.