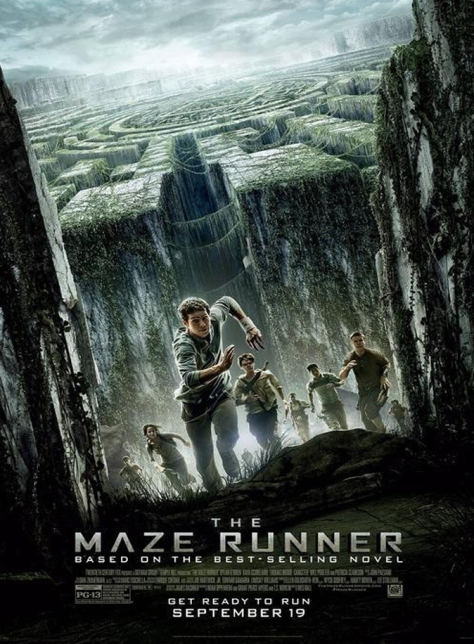 Plot:  Thomas is deposited in a community of boys after his memory is erased, soon learning they’re all trapped in a maze that will require him to join forces with fellow “runners” for a shot at escape.
Running Time: 1 hour 53 minutes
Rotten Tomatoes scores: Critics 64%    Audience 68%

Why I watched it: Have to be honest I almost didn’t, the trailers looked fine but the whole YA novel to movie thing has soured me a bit but I gave it a chance as the premise had some appeal.

Thoughts: Now YA movies from novels get a bad name and that’s because for the most part they deserve it too many movies think they have a franchise and so many fall flat so when you see a film like Maze Runner there is a real fear well if I watch the first one and it doesn’t do well I might not get the rest.  These movies are made for being a franchise one movie doesn’t answer the questions.

What I liked: The set up of the lead Thomas waking up and being put on this island and having no memory is good, we learn as he learns, so we have a different future and we have this mystery to solve and we have the maze.  I give the movie credit it jumps in feet first and gets the ball moving, we meet the characters and find out what’s going on to a point.  Now make no mistake this is a riff on Lord Of The Flies, all the character types are here but this is a good young cast and I have to say across the board the acting was rock solid.

I hadn’t see Dylan O’Brien before, he’s a tad bland but he brought energy and he does have a tough character cause he learns about himself and who he is as the story unfolds.  I liked the mystery, the maze is very cool as well.  One big thing with this film is that I’m glad it did well cause this isn’t really a stand alone film this has more parts if they hadn’t made the sequel this wouldn’t be remembered that fondly, it’s a very good starting point for a bigger story. I liked the fact that even though we’re getting and got more movies that the Maze is important to the film and it does lead somewhere like a maze it just leads to more questions but it’s filmed well and it does create this different and foreign place.

What I didn’t like: I’m thankful they made it under two hours but it does drag a tad in the middle, this being a part one we knew we would have to wait to get through the maze till the end to set up a second part but it did seem a bit padded.  I liked the cast but I do wish they’re were some older actors to anchor the film, Patricia Clarkson is in it a bit, she’s a major character going forward that we know but she isn’t in this one much, it’s a cameo.  Some of the boys on this island just get lost in the shuffle, it’s clear there’s a handful that are important and they do try a little hard for the Lord Of The Flies vibe. I want to be clear this movie works because it’s a good set up to other films and we now know we get them but as I stand a lone film it’s fine but it’s pure set but good set up.

Final Thoughts: A nice surprise, it wasn’t a chore to sit through like Hunger Games, it told an different and exciting story with the promise of bigger and more complex things to come, I enjoyed it.