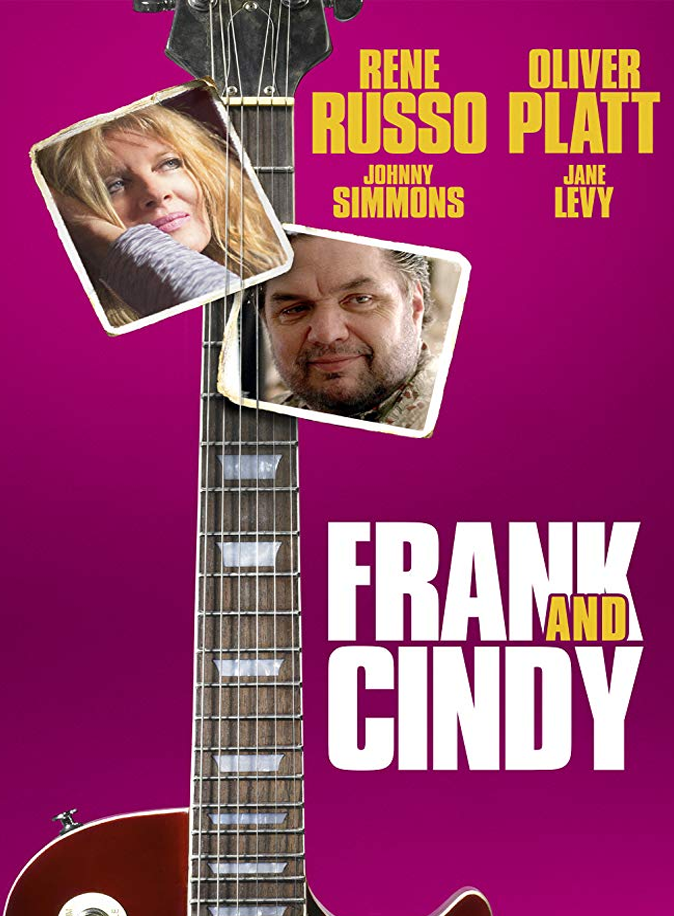 G.J. Echternkamp (Johnny Simmons) reveals the story of his relationship with his mother Cindy (Rene Russo) and his step-father, Frank Garcia (Oliver Platt).

Frank used to be a member of 1980’s one hit wonder band OXO who scored with the song “Whirly Girl”. Cindy who married Frank and thought life would be glamorous being married to a pop star touring and turning up at award ceremonies, but it’s not how things turned out at all.

C.J. discovers that his sobering mom, played by Rene Russo, and Frank played by Oliver Platt have spent the inheritance money that he planned to use for his future, he begins filming both of them and their lives to prove they can’t keep their promises. Whilst editing the footage into a short and uploading it on to the internet Echternkamp is shocked and surprised to see the amount of views his film has reached in a short space of time. Encourage by this response he sets out to make a full version documentary on Frank and Cindy life’s on where they came from and where they are now.

Johnny Simmons stars as C.G. when he was in his late teens to early twenties just before he heads off to film school. Simmons is convincing portraying a laidback and anxious personality in Echternkamp that has defined his other roles and revealing his potential as a leading man in which he has hinted in other movies such as The Perks of Being a Wallflower (2012) and Scott Pilgrim vs. the World (2010)

Rene Russo as Cindy has been cast perfectly for the mother who tries her best to make up for her past mistakes and is convincing as the guilt ridden mother. It’s interesting to witness a vulnerable character like Cindy that is tired and haggard trying her best at redemption, for the most part anyway and Russo is a delight to watch as the talkative mother of C.J.

Oliver Platt for me completely steals the movie from Russo and this is no bearing on her performance as Cindy as I previously mentioned. Platt’s performance in the last half hour digs deep into that darkness and emotions of Frank and we see another side to the character who for the best part of the movie was labelled “Fat and Lazy” (mostly by Cindy I might add) and as we know is fully capable of capturing the essence of Frank.

Jane Levy (Don’t Breathe (2016) and (I Don’t Feel at Home in This World Anymore (2017) plays Kate who befriends C.J. And both of them become close adds normality to his life. Kate has just came out of a long term relationship and is in a vulnerable place. Getting to know C.J. and getting close to him isn’t all plain sailing as just as his mother and father in law have their faults, C.J. Begins to realise his own much to the angst of Kate. Levy has this confidence coming into this movie and if I didn’t know her name I would swear she was the younger sister of Emma Stone in looks and personality.

C.J.’s father Gilbert (Marc Maron) is introduced in the third act as his cool but irresponsible dad as C.J. takes a step back from his current situation to analyse what is happening in his life and where it all went wrong. This is the classic soul searching part where Echternkamp is exorcising some demons and realising he is as bad as his parents which is necessary and a very refreshing element in the story at this point. Marc Maron (Almost Famous) plays his role as the voice of reason and plays it sweetly in making C.J. Realise that he has to go home and face his own problems head on and stop pointing the finger at everyone. I think Maron was used sparingly but correctly not to side track the story and the main focus on Frank, Cindy and C.J. But was necessary as the turning point in the movie.

G.J. Echternkamp had previously made a documentary in 2007 about his parents, the real Frank Garcia and Cynthia Brown, which is also entitled Frank and Cindy (2007). G.J. Echternkamp as the Writer and director in this version of the movie is more of a “making of” portrays himself the victim of his alcoholic parents story in “Frank and Cindy” It’s a real time featured length documentary and one that won Echternkamp awards at the Raindance Film Festival and Seattle True Independent Film Festival in 2007.

Going into this film I half expected it to be a documentary as I wasn’t aware of the actual documentary from 2007. This version or take on Frank and Cindy is interesting enough and will make you smile and also has some touching moments when you least expect. For me the cast is perfect and in particular Russo and Platt who shine in all their scenes. I highly recommend this movie.