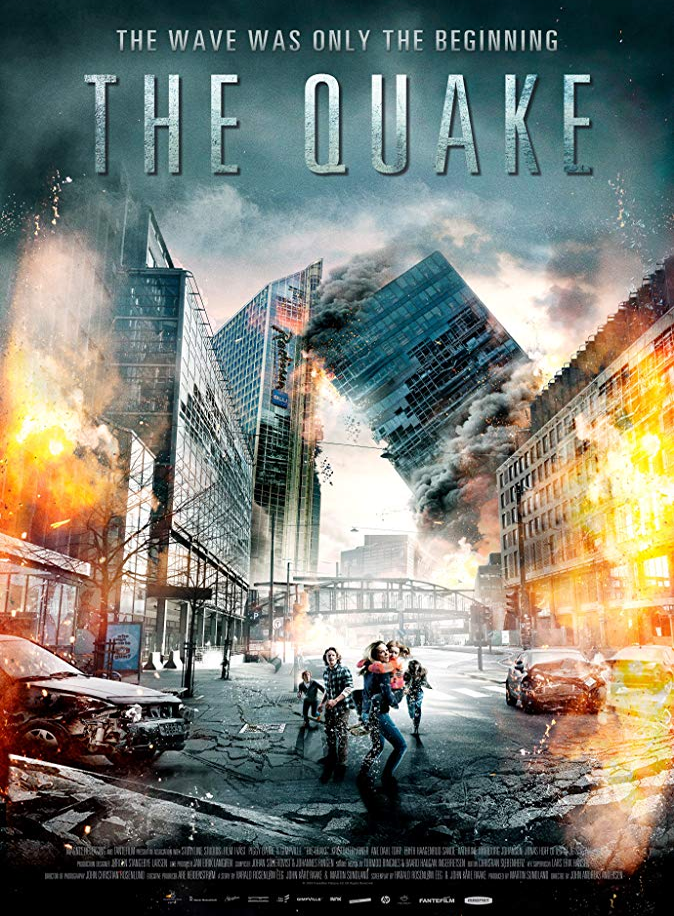 The Quake is a sequel to the 2015 Norwegian film, The Wave, which I loved. Big-budget disaster movies are kinda rare these days – at least in Hollywood – so I especially appreciated its relatively serious approach to the genre. In that one, a massive avalanche causes a tsunami that destroys a quaint tourist town. In true disaster tradition, one geologist tries to warn the locals of impending doom, but is ignored until it’s too late.

That geologist, Kristian (Kristoffer Joner), is back. It’s three years later and he’s now living alone, estranged from his family and still unable to get over the disaster that killed hundreds. When an underground tunnel in Oslo collapses and kills a former colleague, Kristian feels compelled to investigate the cause. After studying the man’s research, he becomes convinced Oslo is about to be hit by a massive earthquake worse than one that destroyed the city in 1904. Naturally, his dire concerns fall on deaf ears, including his ex-wife, Idun (Ane Dahl Torp), who has since moved to Oslo with their two kids, Sondre and Julia. But of course, Kristian eventually turns out to be right.

While the law of diminishing returns certainly applies,The Quake has the distinction of being the only disaster sequel I’ve ever seen that doesn’t suck. Similar in structure to The Wave, the film takes the time to establish its characters (or re-establish them, in this case), featuring grounded performances and science that at-least sounds authentic. Scenes leading up to the disaster are occasionally meandering, but when the quake finally hits, the film is truly gripping, bolstered by some pretty spectacular – and convincing – special effects. In the aftermath, Kristian tries to rescue Julia from the top floor of a slowly crumbling skyscraper, a monumentally suspenseful sequence that’s so masterfully executed that one can forgive the contrived circumstances leading up to it.

While The Quake succumbs to a few genre tropes that The Wave mostly managed to avoid, it’s an entertaining film that gives patient disaster fans their money’s worth and is definitely worth seeking out. Since a few recurring characters are its only connecting thread, it works as both a sequel and a stand-alone story.