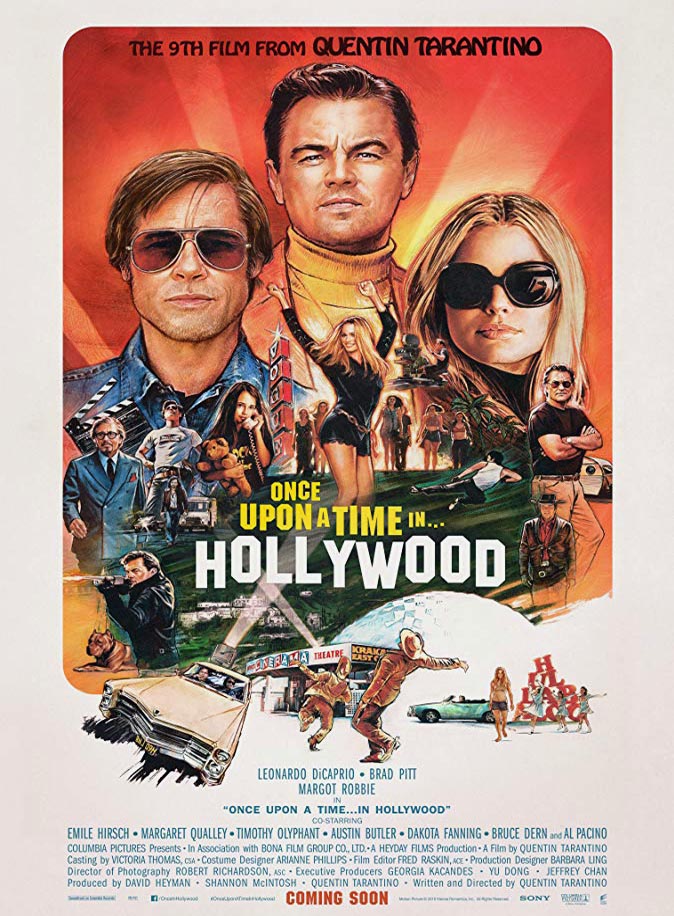 Tarantino’s sterling achievement is a hang out movie. And I mean that with all the love and adoration I can muster. It’s interesting that two of the greatest auteurs of our time create two of their greatest works in the same year (Scorsese and Tarantino) because they have quite a bit in common under the hood. It’s easy to look at OUATIH and think of it as simplistic. To judge a film by its plot is to deprive yourself of all the brilliance a man like Tarantino is able to create. Rick Dalton and Cliff Booth will go down in history as two of the most remarkably lovely characters ever put to screen. Performances aside (and they are a wonder), Tarantino has taken a step back from his usually rocky terrain that pits complex people at odds and decided to examine the compassion within himself instead.

Cliff and Rick are eccentric, vivacious, and exceptionally generous to one another. We don’t root for these two to succeed because a plot dictates it to us. We root for them because we relate and admire their companionship. OUATIH is a film about the familial bonds we create for ourselves. But of course that’s not all it’s about. You’re waiting for me to address ‘the good part’. The conceptual genius of Tarantino that had us giddy with anticipation. The recreation of the events the night Sharon Tate was murdered is a revelatory plot device. I of course cannot resign myself to spoilers, but I will say that Tarantino has crafted the most wholesome depiction of violence ever put to screen. It’s the most delightfully aggressive reaction to any tragedy. OUATIH is undoubtably a fairytale.

The same kind that allowed for escapist fantasy to place you in a world where people are either just or unjust, either saving a princess from a castle or locking her in one. And it’s that same fairytale justice that allowed for an actor and his stuntman to save the golden age of Hollywood with a simple act of circumstance. Similarly to The Irishman, does everything work to the advantage of this uniformed theme? No. But what does it matter if the ride in is so delightfully honest and fun? 9.5/10