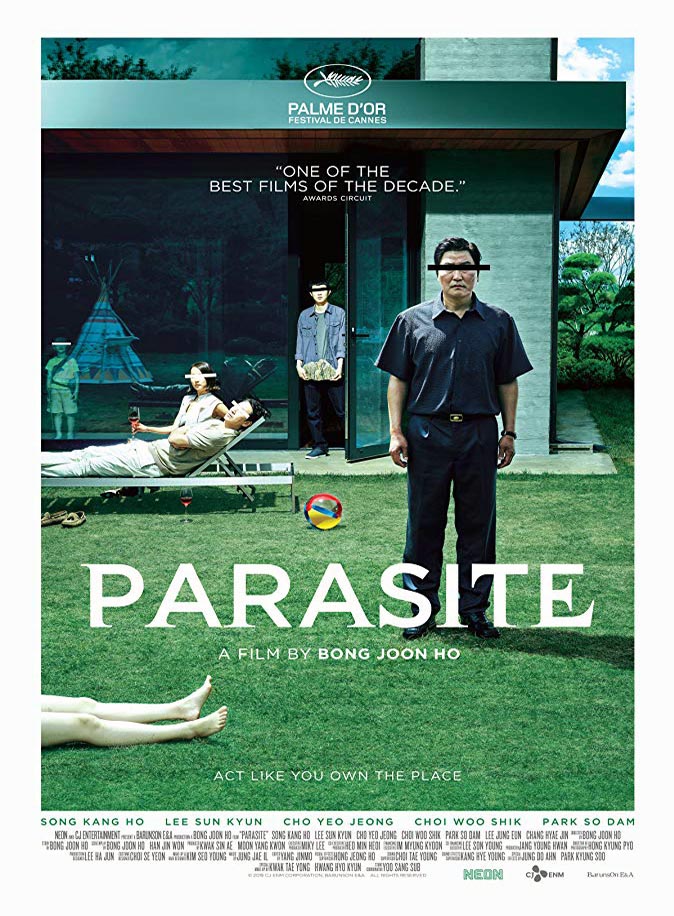 Not only one of the best films of the year, but what likely will go down as one of the best films ever made, Parasite is my choice for number 1. I know it’s a bold claim, but if ever there was a film so perfectly conceived in the 2000s, it’s this one. This may not be the choice you expected from the guy that gave this slot to Creed 2 last year (does that shake your faith in me? I don’t care. I love Adonis more than you, dear reader), but when a movie like this comes along it is not something to be ignored. What can I say about Parasite that hasn’t been said already?

This film is so remarkably in control that the genre changes indiscernibly from scene to scene. It is a masterclass in filmmaking. The characters are breathtakingly real. The actors are heart-wrenchingly earnest. The production design of the two primary locations allows for some of the most awe-inspiring visuals ever put to screen, allowing for analysis of the subliminal implications for years to come. Parasite is a rare movie that gets better the more you pick it apart. Whether it’s discussing the themes, character motivations, or obscure journey, Parasite is the gift that continually gives more and more with each frame. Is there a flaw in it? I keep seeing it in theatres looking for one, but it constantly alludes me. I would never be so crass as to assume that a film exists flawlessly.

The collaboration involved is such a feat in itself that it renders it nearly impossible. Yet, this may in fact be that film. The one that breaks rules constantly is also the one that cannot be caught in a trap of critique. Maybe it’s heavy-handed with its topic? But even that statement is so paper-thin that it could only knock off a fraction from this being a perfect 10. See Parasite. There’s nothing more to say. 9.9/10