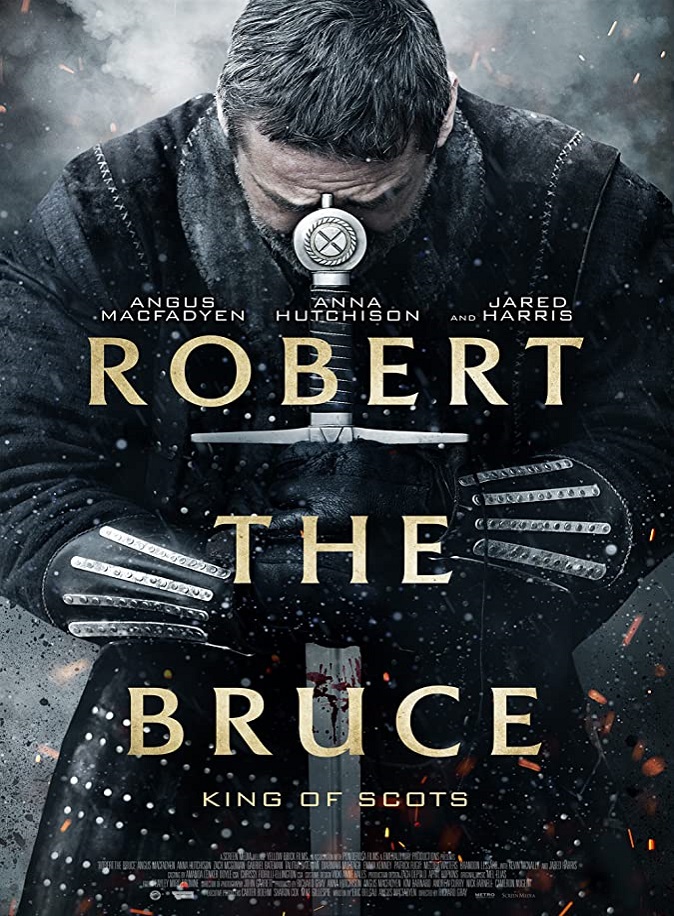 Movie fans might recall this guy. He’s the wormy one who ended up betraying William Wallace because he stupidly trusted his conniving old man. At the end of Braveheart, he’s seen continuing Wallace’s fight against English rule, now as the king of Scotland. While Braveheart’s historical accuracy is often dubious, the real Robert the Bruce did indeed lead Scotland in the war for their independence.

But Robert the Bruce isn’t about that glorious career caper. It’s immediately obvious this sequel-cum-spin-off doesn’t have the budget for that. Instead, the story takes place an undetermined number of years after Braveheart. Robert (Angus MacFadyen) may be king, but he’s lost a half-dozen battles and England has put a price on his head. Weary and defeated, he essentially gives up, ordering what’s left of his army to go back home.

He wanders into the wilderness alone, then is later attacked by three of his own troops hoping to collect the bounty. Robert defeats them but is seriously wounded and taken in by Morag (Anna Hutchinson), a widow whose husband was killed fighting for Robert a few years earlier. Still loyal to the king, she and her kids nurse him back to health during the winter, though her young son, Scot, is initially resentful. Meanwhile, local sheriff & Morag’s brother-in-law Brandubh (Zach McGowan) is scouring the countryside, hoping to kill Robert and collect the bounty.

Forgoing the epic grandeur of Braveheart, Robert the Bruce is a much more scaled-back affair, largely focusing on Robert’s relationship with Anna and her family while he regains his fortitude. MacFadyen slips back into the role quite nicely, though he’s considerably more brooding and introspective, making him far more sympathetic this time around. But while Brandubh is a formidable foe and well-played by McGowan, the other supporting characters are static at best and little Scot is actually pretty irritating.

As for the overall story, I’d have preferred one based on what’s revealed in the end-title cards, which explain that Robert the Bruce went on to liberate Scotland and become a national hero. But I get it…the wallet ain’t big enough for epic battles. So what we have is more like a transitional chapter. As such, it’s sometimes interesting, though a little too long for its own good and nearly bereft of any real action until the bloody final act.

Still, for a budget-conscious spin-off most of us probably weren’t asking for, Robert the Bruce isn’t a cynical cash-in. It’s a sincere effort to bring additional complexity – and redemption – to one of Braveheart’s more pitiful characters. Despite being a little meandering, it’s worth checking out if you keep your expectations in check.