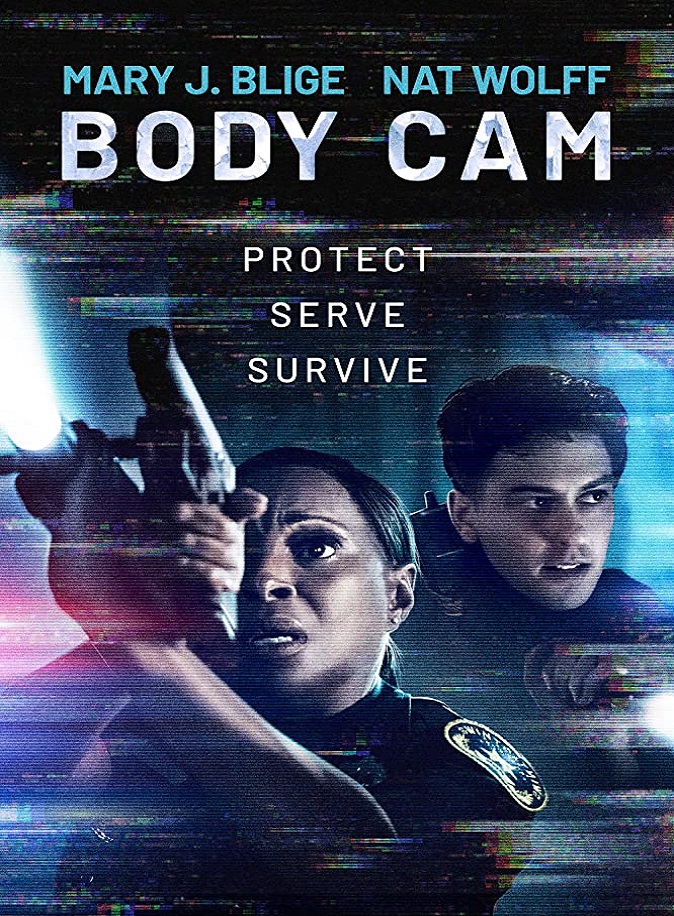 The timing is ultimately scarier than the movie, but don’t let that dissuade you.

With the country once again knocked on its heels by recent incidents of police using fatally-excessive force on African-Americans, the central concept of Body Cam couldn’t be more relevant. But while it does address current social injustices, it’s first-and-foremost a horror film and a pretty good one at that.

Mary J. Blige is Renee, an L.A. cop who’s recently returned to active duty following her son’s death. Soon after, fellow officers are systematically slaughtered by a dark figure that only appears on video cameras and only she can apparently see. When she takes it onto herself to investigate further, to the chagrin of her rookie partner, Danny (Nat Wolff), Renee eventually finds a connection between the dead cops, the apparition and a missing woman whose own son recently died (presumably the victim of gang violence).

Police body cameras eventually figure into the plot in a revelation that establishes the apparition’s motives, though the viewer will probably have them figured out by then. In the meantime, Body Cam doesn’t do a pretty solid job building dread with gruesome murder sequences, some well-timed jump-scares, and a foreboding, atmospheric depiction of Los Angeles at night. But what truly holds the story together is Blige, hitting all the right notes as both a grieving mother and dedicated cop. Her subtle, affecting performance is what keeps us engaged after the film descends into a somewhat predictable revenge fantasy.

And ultimately, I think ‘revenge fantasy’ is an accurate description. With no guarantee that any of the assholes recently caught-on-camera will face any meaningful consequences, the timing is perfect for a bit of ghostly retribution. As such, Body Cam dishes out some vicarious justice and a few jolts along the way.