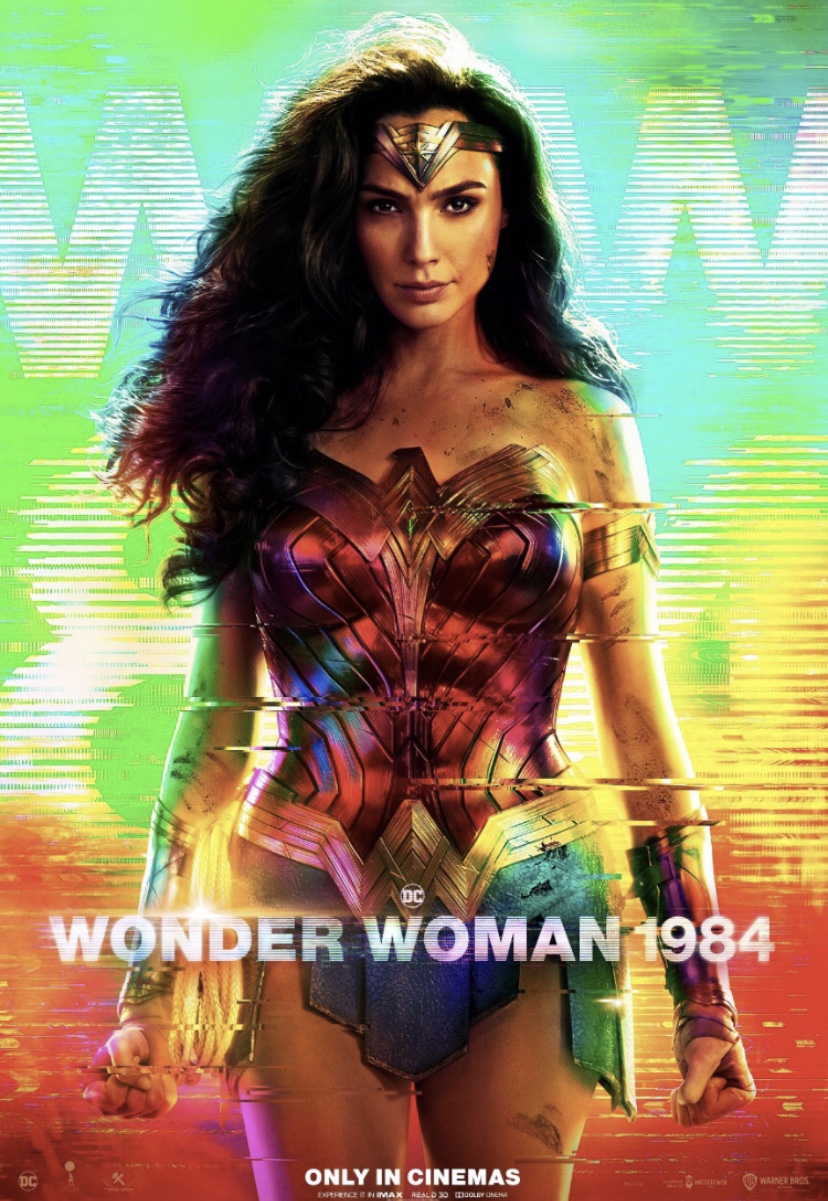 Perusing the bonus material included with this disc, one interview featured costume designer Lindy Hemming, who discusses creating the ‘80s fashions worn by the film’s characters. It was a sobering moment because I clearly remember buying some of that same stuff right off the rack (including a Members Only jacket).

The production design reflects the same meticulous attention to period detail, especially an early scene when Wonder Woman (Gal Gadot) makes her grand entrance, thwarting a jewellery store robbery in a shopping mall. In the background is Waldenbooks, one of my old haunts that was a staple of every mall in America, but long-since bankrupt.

If nothing else, Wonder Woman 1984 completely immerses itself in the decade…the clothing, the cars, the hair, the technology and even cultural attitudes, to a certain extent. What’s particularly interesting is how the audience will undoubtedly view this era with amusement or nostalgia, while back-from-the-dead Steve Rogers (Chris Pine) is awestruck. His reactions to this futuristic wonderland provide some of the film’s most charmingly funny moments.

But I am left with one nagging question: Why exactly does the film take place in 1984? Amusing aesthetics aside, the setting really has nothing to do with the actual story, which has desperate, debt-strapped entrepreneur Max Lord (Pedro Pascal) seeking a recently-unearthed amulet that grants a single wish to the person who holds it. It’s powers are previously made apparent when meek, awkward geologist Barbara Minerva wishes to be like Diana Prince, while Diana’s own personal wish is made obvious by the fact Chris Pine is in the cast. However, in true Monkey’s Paw fashion, these wishes come at great personal cost.

Max’s wish is to actually possess the amulet’s power, granting people’s wishes in exchange for what they value most. He attains unbelievable wealth and power within days, but the wishes he grants begin to have global consequences. The premise itself is pretty interesting, especially as society begins to crumble and Barbara evolves into the archvillain, Cheetah. However, the story takes a long time to get there, and after the aforementioned mall sequence, it’s well-over an hour before we see Diana as Wonder Woman again.

But it’s obvious director/co-writer Patty Jenkins isn’t interested in making the first film all over again, which is admirable. For the most part, Wonder Woman 1984 is completely different in tone, pace and characterization from the original (or any other DC movie, for that matter). The story poignantly deals with loneliness and loss through both its protagonists and antagonists, meaning the latter aren’t entirely villainous. Diana herself comes across as more human and vulnerable than she did in the first film, which Gadot portrays effectively (though it’s Pascal who threatens to steal the entire movie).

Even so, while Wonder Woman 1984 is still enjoyable, I can see why it polarized critics and alienated some fans, especially with the bloated running time. I also suspect the film’s thinly-disguised depiction of President Reagan as something of a war monger will offend those who continue to deify the man. Now that I think about it, perhaps that’s part of the reason it does take place in 1984.