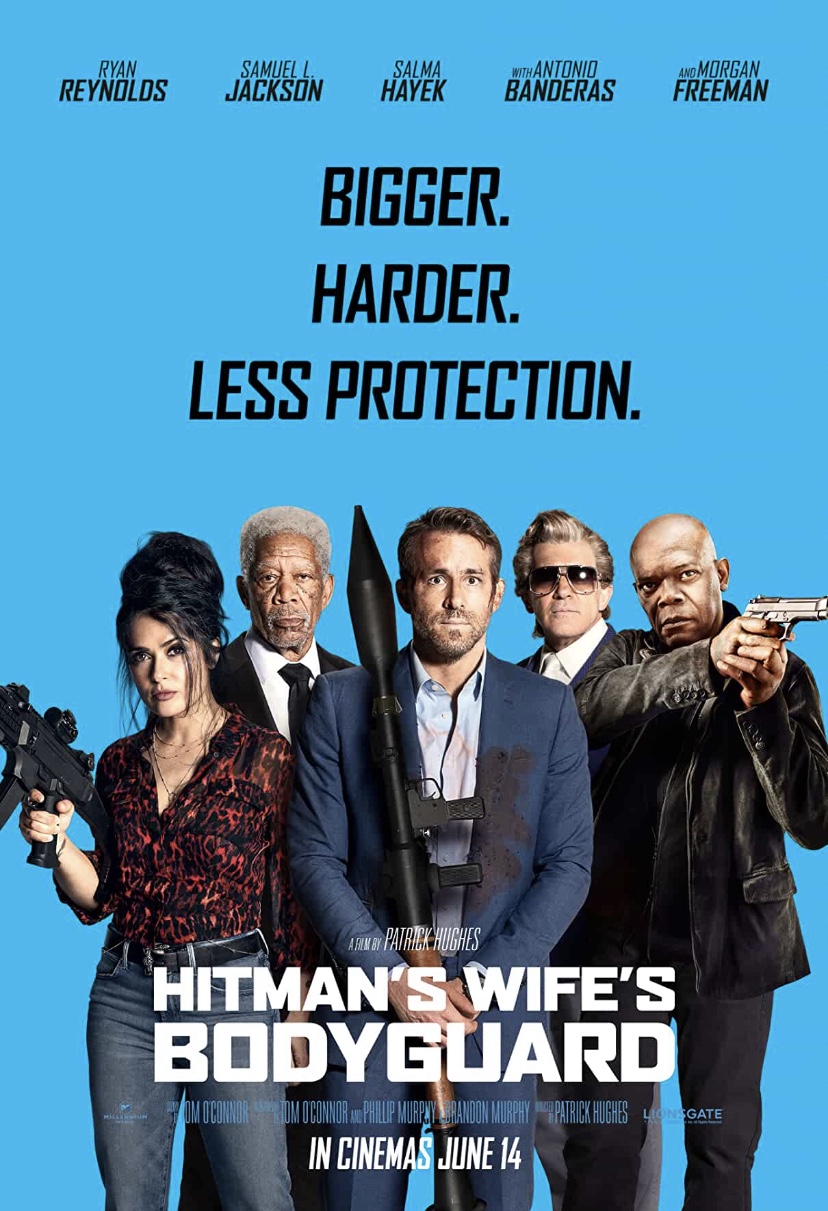 On one hand, there’s a lot more Salma Hayek, which is always a good thing. Aside from being amusingly foul-mouthed, she wasn’t really given much to do in the first film. But here, not only is Sonia a major character and integral to the plot, some of her dialogue is so shockingly vulgar that we find ourselves laughing in spite of ourselves.

There’s more star power, too, with Morgan Freeman and Antonio Banderas joining the cast. Freeman, playing Michael Bryce’s estranged father and legendary bodyguard, has his share of amusing moments, including opportunities to poke some fun at his own image (like a cleverly-inserted shout-out to The Shawshank Redemption, which all but savvy movie lovers might miss). Banderas is the primary antagonist, Aristotle, a powerful Greek tycoon who plans to devastate Europe’s entire infrastructure with a computer virus. The film doesn’t take full advantage of his comedic talents – and misses an opportunity for an in-joke related to his reunion with Desperado co-star Hayek – but he makes a decent villain. Even stoic tough guy Frank Grillo, as a self-serving Interpol agent, is allowed to provide a laugh or two.

On the other hand, there’s almost too much emphasis on gags this time around, a lot of which are funny, but just as many that feel forced and tired. This is especially apparent during the constant verbal sparring between bodyguard Bryce (Ryan Reynolds) and hitman Darius Kincais (Samuel L. Jackson). Their antagonistic relationship in the first film was not-only highly amusing, Reynolds & Jackson displayed a lot of onscreen chemistry. But instead of developing their uneasy friendship any further, the sequel simply gives us more of the same, cranked-up to 11. The actors do their best, but a few late-inning attempts at brotherly bonding notwithstanding, their roles are almost one-note caricatures. Bryce, in particular, mostly serves as a verbal and physical punching bag.

Still, I can’t honestly say I was disappointed. Typical of most sequels, especially comedies, Hitman’s Wife’s Bodyguard is bigger and brasher, though not necessarily better. There’s plenty of action, a few big laughs and a serviceable plot, but also a sense that everyone’s trying a little too hard to one-up the original without really offering anything new.