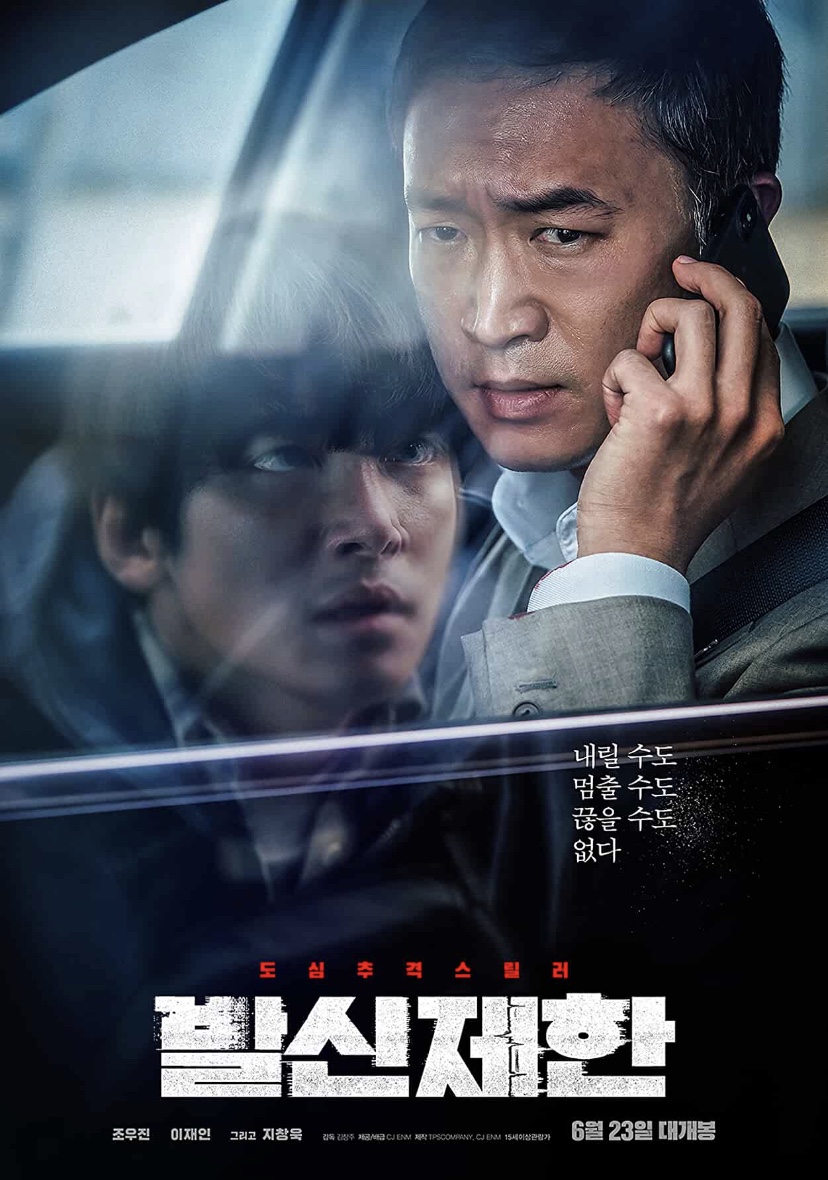 Don’t be fooled by the distressingly generic title, which makes the film sound like just another punch fest. Instead, Hard Hit is a tense South Korean thriller that unfolds like a mash-up of Speed and Phone Booth, with some unusual character developments during the final act.

Lee Seong-gyu (Jo Woo-jin) is a successful bank manager whose ambition has him spending more time at the job than his family, which includes his teenage daughter and younger son. While driving them to school on the way to work one morning, a mysterious caller informs him there’s a bomb in the car. If Lee or either kid tries to get out or contact the police, he’ll explode the bomb. A similar device is also in his partner’s car, but when that man’s wife doesn’t heed advice…Ka-boom. Since Lee is parked too close, the explosion gravely injures his son, yet the caller refuses to let him take the boy to the hospital.

This incident has the police on the hunt for Lee, whose car is identified with a traffic cam. He’s also now the primary suspect. Meanwhile, the caller demands millions from Lee, most of which he’s forced to embezzle from his own clients. Still, it isn’t enough. The caller repeatedly demands Lee to elude the police, leading to a harrowing chase through downtown Busan until they surround him. There’s a stand-off, in which Lee is eventually able to convince bomb squad leader (Jin Kyung) he’s innocent, while the police chief still thinks he’s a madman…and has snipers trained on him.

We also meet the bomber during this segment, Jin-woo (Ji Chang-wook), who may be ruthless, but his motive is understandable, even sympathetic. Lee’s also revealed to have an unsavory past, having coordinated a shady deal at his bank which destroyed the lives of well-meaning investors. If the ongoing crisis didn’t involve children, the viewer might be questioning who the true villain really is, a character development atypical of the usual action film.

There are a few lapses in plausibility – probably necessary to keep the story moving forward – so some suspension of disbelief is required at times, but no more than we needed for movies like Speed. While not as rousing or fast-paced as that film, Hard Hit is an enjoyable thriller in the same vein, despite the lazy title.