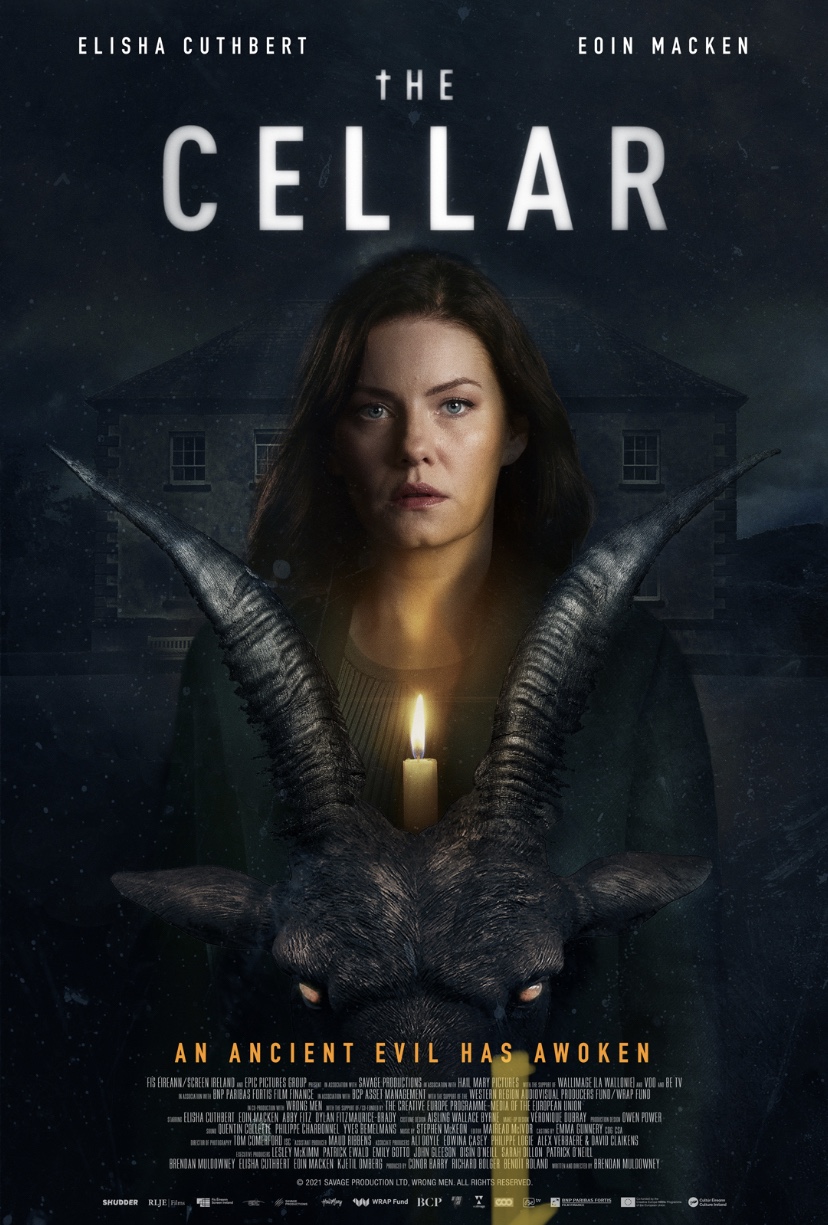 The Cellar doesn’t reinvent the wheel, but it’s made with enough style to be well worth checking out. We’ve seen this story before. A young family buys a big, creepy old house, and only after moving in do they begin to realize an evil presence is overstaying its welcome. In this case, there’s something monstrous in their cellar. We’ve seen the Woods family before, too.

Keira (Elisha Cuthbert) and Brian (Eoin Macken) are successful parents whose jobs required the move. Then you have your standard-issue gloomy teenager, Ellie (Abby Fitz), who immediately hates the place – with good reason, it turns out – and happy-go-lucky little brother Brady (Steven Woods).

While Mom & Dad are working late, Ellie goes missing. I won’t say how, because it’s the best scene in the movie. I will say that, even though Ellie’s just a little too self-absorbed and bitchy to be likable, how she disappears – while inside the house – is truly chilling, effectively establishing the cellar as a place to dread. Brian thinks their daughter simply ran away, but after investigating the previous owner – a brilliant mathematician engaged in all sorts of demonic tomfoolery – Keira is convinced Ellie’s been snatched by whatever’s dwelling in the cellar.

She’s right, of course, otherwise no movie. The eventual creature reveal is underwhelming, but events leading up to it are well executed and suspenseful. Writer-director Brendan Muldowney trucks-out a lot of the usual tropes – objects moving, strange noises, dark closets, etc. – but does so with a keen eye for atmosphere and tension, meaning the film isn’t loaded with the usual cheap jump-scares. Instead, there’s a growing sense of unease as the narrative unfolds.

Despite a climax that arguably shows too much – undermining some of the tension – the film comes to a haunting conclusion. Anchored by a fluid pace, atmospheric production design and decent performances, The Cellar doesn’t score many points for originality, but it’s a solid, spooky spin on a familiar premise.