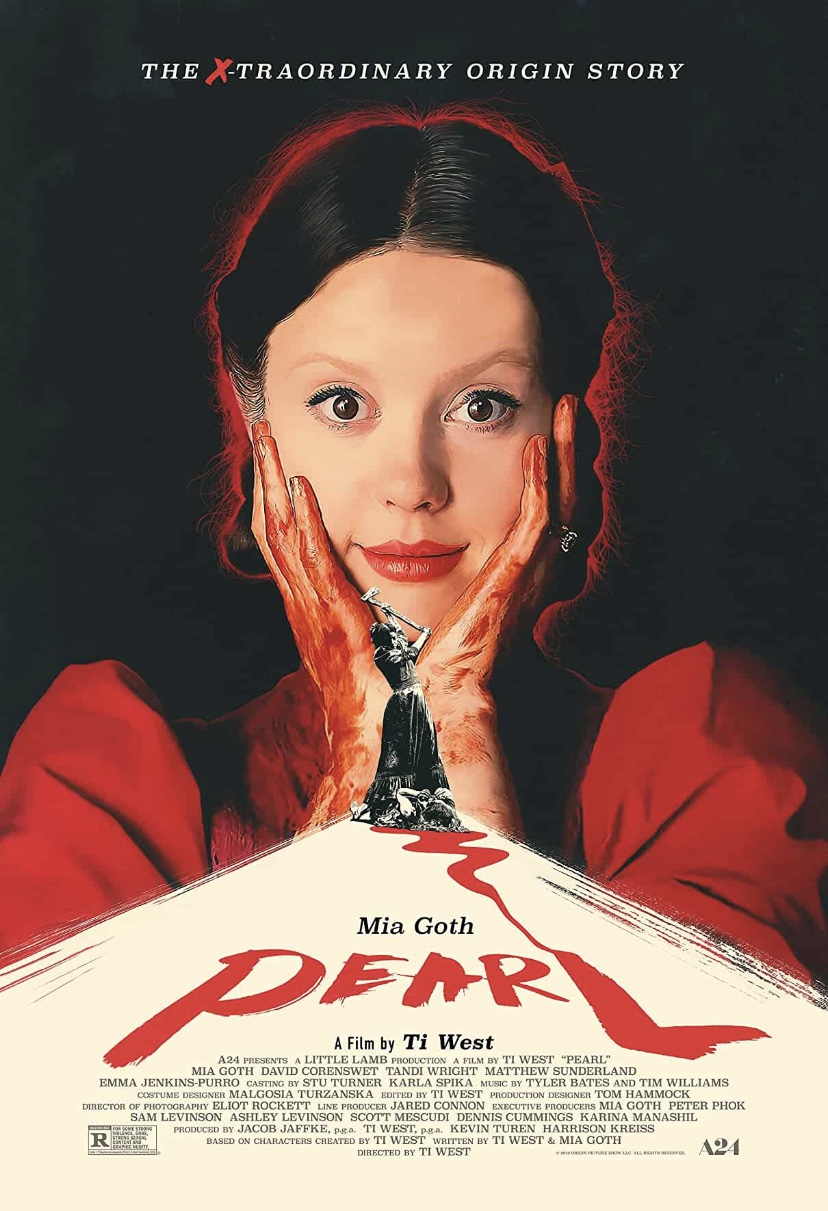 The genre can be a fickle thing. It forces creativity into a box of marketability and oftentimes allows for art to be easily dismissed on the grounds that it does not achieve the promise of marketing.

Occasionally, genre can be used to bolster creative enterprises. Take for example the Scream series which wisely attributes genre to itself in an effort to twist slasher films into a broader range of emotional experiences.

Pearl is unique not in how it adheres to the genre, but rather in how it dismisses it entirely. Even its predecessor, X, which is also technically a sequel, manages to take the genre and use it to enliven its material, but Pearl instead tries to create a wholly unique experience.

On one hand, Pearl crafts a troubling story of tragic drama as a young girl struggles to push out of the boundaries of her exploitatively simple life. But as the film stretches on, it pushes her past a breaking point and into a realm of caustic chaos propelled by the mayhem of her own making.

On paper, it’s a deeply troubling and horrifying story as we see the antagonist of X pushed to become the villain we recognize, but through Ti West’s inspired direction, we instead see the story through Pearl’s eyes, often glamorizing her violence as an act of passionate desperation.

The look of the film delicately crafts through beautiful art direction, costume design, and camerawork, a pristine recreation of the optimistic shine of classic Hollywood filmmaking—the obsession of the titular character.

The visuals feel reflective of Pearl’s mindset as she yearns for a life worthy of her. The fear in turn becomes the horror of a life unfulfilled. The antagonist is not the person committing the crimes or doing the killings, but instead, it is the pervasive world that takes Pearl for granted and inadvertently creates a monster.

Pearl is a remarkably weird film as a result. It sits the audience comfortably in the shoes of a clear psychopath and embraces her bizarre framing as the correct translation of reality.

If Pearl has any faults, it is that this broadening of the audience’s perception is too ambitious. It makes Pearl a notably difficult central character to root for, and it does not exactly leave us with the impression that this is the type of person to sit idle for 60 some-odd years before she strikes again in X. Yet Mia Goth crafts a heart-wrenching performance within the confines of this polarizing protagonist.

Through Goth, Pearl shines as an unfortunate soul battered by a cruel world and a predisposition for erratic behaviors. She makes the unrelatable suddenly relatable. In a stunning and transformative long-take, Goth’s monologue scene perfectly frames her psychosis and bends the horror even further as the audience is forced to reckon with the bizarre tragedy of life inside Pearl’s head.

Pearl is a surprising film not just in how it subverts expectations of genre, but also in its capacity for empathy. We all, like Pearl, have the desire to be appreciated. We know our worth. Ti West and company seem to understand that the true horror is never being able to show it. 9/10