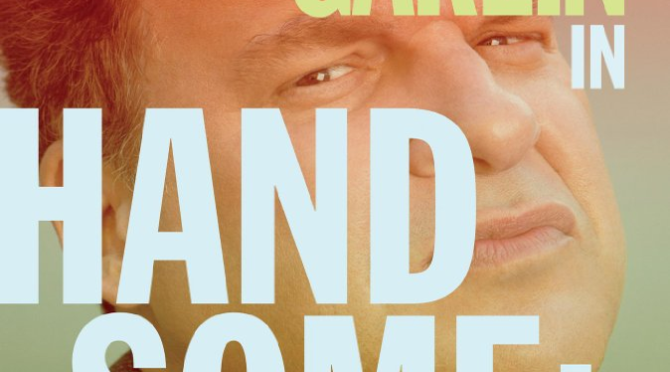 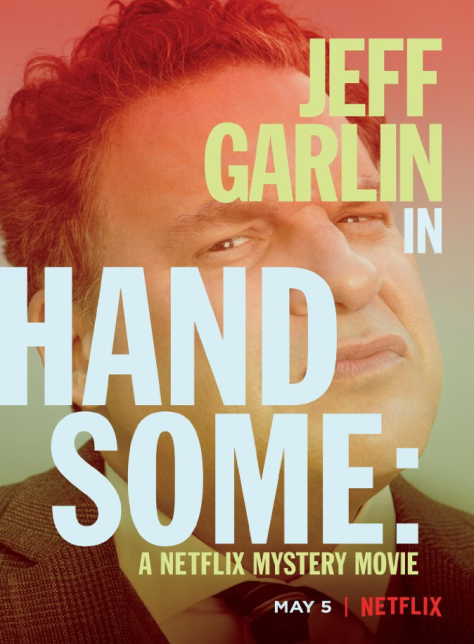 Netflix latest release in my opinion is disappointing with Gene Handsome (Garlin) an LA homicide detective who tries to make sense of his life as he solves crime. Handsome’s knack for solving mysteries is matched only by his inability to make sense of his own problems.

Within the first minutes the villain of the movie reveals the plot and the exposition breaking the fourth wall really killing any suspense throughout the movie which really begs the question whether or not it was a stroke of genius or a bad decision on the storytelling and director. In this case the director is Jeff Garlin who plays the lead also. Normally in these scenarios the film is more often than not a solid and tight movie and narrative and I’ve admittedly mentioned this in previous reviews. Here it is a disastrous decision as with a weak script, not much to laugh about considering it is meant to be a dark comedy falls flat.

One thing that may have kept this movie from disaster was keeping the suspense. After all this is titled “Mystery Movie” again if this is deliberate, then it’s far too elaborate for this movie’s reviewer.

One positive is the music by Ben Folds and the intro music is reminiscent of a Bond theme or at its lowest an Austin Powers movie.

Jeff Garland as Detective Handsome clearly left his comedic wit and talent when he left “Curb Your Enthusiasm” which is a real shame. Portraying a bumbling lonely man who’s only real relationship is with his neighbour who really only puts down Handsome at every opportunity and accuses him of his dog leaving messages in his front garden which Handsome denies and defends his only companion against these accusations.

On his professional side he is partnered up with Natasha Lyonne as his sidekick into solving the murder of a young woman who is found dead and in several pieces on the front lawn of the character we first meet at the beginning of the movie who has already admitted he did it to the audience members. From this point on we really are just observers watching this story unfold and played out (badly) we can’t even enjoy the discovery of “whodunnit” along with the characters leaving us with what’s the point?

This film tries its best to be wacky and funny, but fails. The dialogue went too far at times and came across forced instead of being wacky and offbeat. Handsome thankfully is a very short film coming in at just over 80 minutes (that I won’t ever get back) and really begs the question what Netflix are playing at. I’m not a basher of the streaming service as I’ve already reviewed around five movies released by Netflix this year and I’ve enjoyed them all. This time unfortunately is a miss as the utter lack of chemistry between Garland and Lyonne is obvious, most scenes are a little sketchy and plays out like a very bad episode of Lesley Neilsons “Police Squad”

There was a cameo by Kaley Cuoco at the very end of the movie which puzzled me why she was in there at all. It’s not like Cuoco is desperate for acting work and her brief appearance comes across a little desperate as if Garland realised he required a fitting finale to the story with one of the top comedic actresses around at the moment. Sadly it appeared shoehorned and kinda summed up the movie.

Handsome as a whodunnit may have worked and kept me interested in the story but the sad reality is that I felt robbed and quite frankly annoyed that not only did I watch the movie but also relive it in this review. I wouldn’t recommend watching this anytime soon folks.