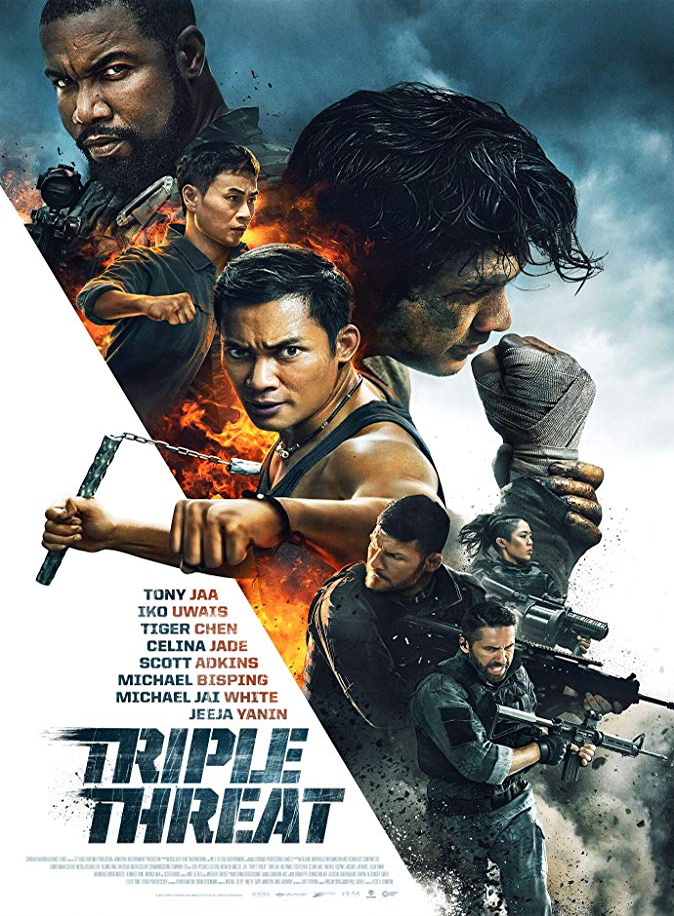 Triple Threat is, for the most part, an action lovers dream come true.

Since this is mainly fan service, one could almost say the story is near pointless but for what it is worth, it serves its grand purpose.  A hit goes wrong, revenge is sought, whole lotta lives are cut short and then you’re finally witnessing what you essentially signed up for. Big names in the martial arts action world going at it Hand-to-hand. It’s not the best, but it works. Throughout the film, should you find yourself paying much attention, it won’t be difficult to cringe a bit at some of the dialogue delvered. Again, this movie is pretty much fan service so most of the cliche moments are destined to be present.

Triple Threat is by no means the film it likely could have been say 10yrs ago when the cast had that much more youth to them.  Some of the combat isn’t crisp but the action delivered is brutally enjoyable.  Overall, this is a good time killer and you get a great cast of action stars mixing it up.