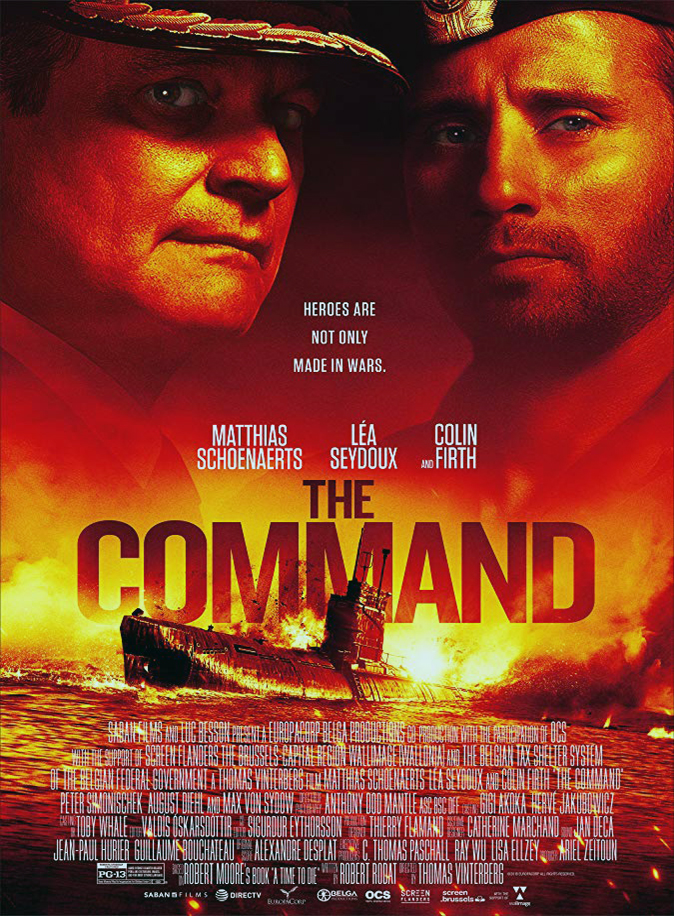 Depending on your familiarity with the actual event, which was briefly all over the news in 2000, The Command could be seen as two different movies: An incendiary chronicle of recent history or a claustrophobic disaster thriller. Either way, this is an excellent film.

The Kursk (the film’s title outside the U.S.) is a nuclear submarine in Russia’s ageing naval fleet, which is a dilapidated shadow of its former self since the Cold War ended. During a training exercise, an unstable warhead explodes, sending the ship to the ocean floor. While most of the crew is killed instantly, a few dozen are still alive in one remaining compartment. The Russian navy attempts a rescue operation, but their equipment is old and unreliable. They also refuse to confirm to the sailors’ families whether or not anyone on-board is still alive.

As the incident becomes global news, other countries offer assistance, including the British navy. However, misguided pride and residual Cold War paranoia has the Russian government reluctant to accept any help, to the dismay of the families. Meanwhile, with the waters rising, the sailors below are quickly running out of air…and time.

Having just a vague memory of the actual disaster – and unaware of the eventual outcome – I have no clue to it’s historical accuracy and the scenes on-board the Kursk itself are obviously speculated. However, the story as-depicted in The Command looks and feels authentic, punctuated by tension-filled sequences, solid performances, impressive production design and convincing special effects.

But like similar true stories where the outcome is a forgone conclusion – such as The Perfect Storm and Apollo 13 – it’s the characters that drive the film. Though there’s an ensemble cast, the concurrent story threads are presented primarily through a trio of characters. Low-level officer Mikhail Averin (Matthias Schoenaerts) tries to keep what’s left of the Kursk’s crew alive and hopeful. His pregnant wife, Tanya (Lea Seydoux), represents the frustration and helplessness of the entire village over the navy’s inaction. British commander David Russell (Colin Firth) is the outsider who, like the rest of the world, doesn’t understand Russia’s refusal to accept help in order to save its own people.

Max von Sydow eventually shows up as Admiral Petrenko, the film’s de-facto antagonist since he embodies Russia’s overall apathy. Petrenko is more of a symbol than a full character, but if you aren’t absolutely hating him by the end, you haven’t been paying attention. One thing is certain…the way the Russian government is depicted, it’s doubtful The Command popular among Putin’s circle of buddies.

For everyone else, The Command is an under-the-radar gem. Exciting, suspenseful, infuriating and ultimately poignant, it’s a tightly-made thriller that deserves to find an audience. Whether seen as a scathing historical denunciation or simply a riveting disaster flick, the film is highly recommended.