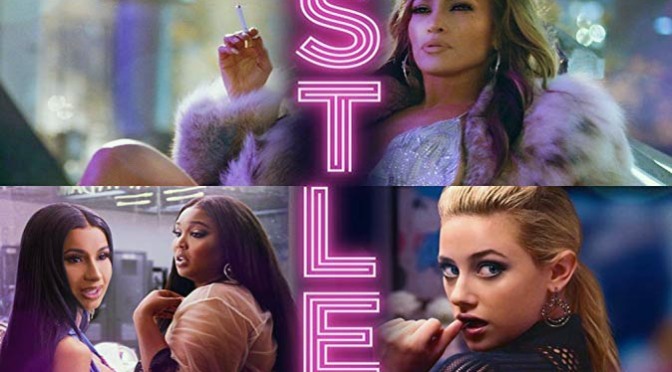 Review by Stinky the Destroyer

Like her male counterpart, Dwayne Johnson, Jennifer Lopez once again provides the public service of inadvertently body-shaming the rest of us middle-aged mortals. Even at the ripe old age of 50, her looks are almost intimidating. She’s kind of like ‘70s-era Rachel Welch – with arguably better acting chops – and her grand entrance in Hustlers is eye-popping, to say the least.

But she’s not the whole show here. Hustlers is loosely based on a true story in which several high-end strippers come up with an elaborate scheme of using their ‘assets’ to fleece wealthy clients by drugging them and accessing their credit cards. Their story is told in flashback through the recollections of Destiny (Constance Wu), a neophyte who learns the ropes under the tutelage of ringleader Ramona Vega (Lopez). Along with a few others, they form a close-nit crew who live the high life at the expense of their victims…at least until recklessness and bad decisions threaten to unravel everything.

Someone needs a wallet for Christmas.

None other than Martin Scorsese was apparently once approached to direct the film, which is understandable since Hustlers has a basic story and narrative structure quite similar to Goodfellas and Casino. Like those films, the main characters aren’t exactly upstanding citizens. However, Destiny and Ramona display just enough congenial qualities that we’re sort-of invested in them. It helps, of course, that most of their targets are gullible, arrogant douchebags.

I suppose video voyeurs might be disappointed to learn that, despite a few flashy dance numbers and a bit o’ lap grinding, the only explicit nudity comes courtesy of a guy who nosedives from a balcony. Instead, smart writing, a fleet-footed pace and solid performances (especially from Lopez) are what ultimately make Hustlers interesting. Sorta like Scorsese with strippers.