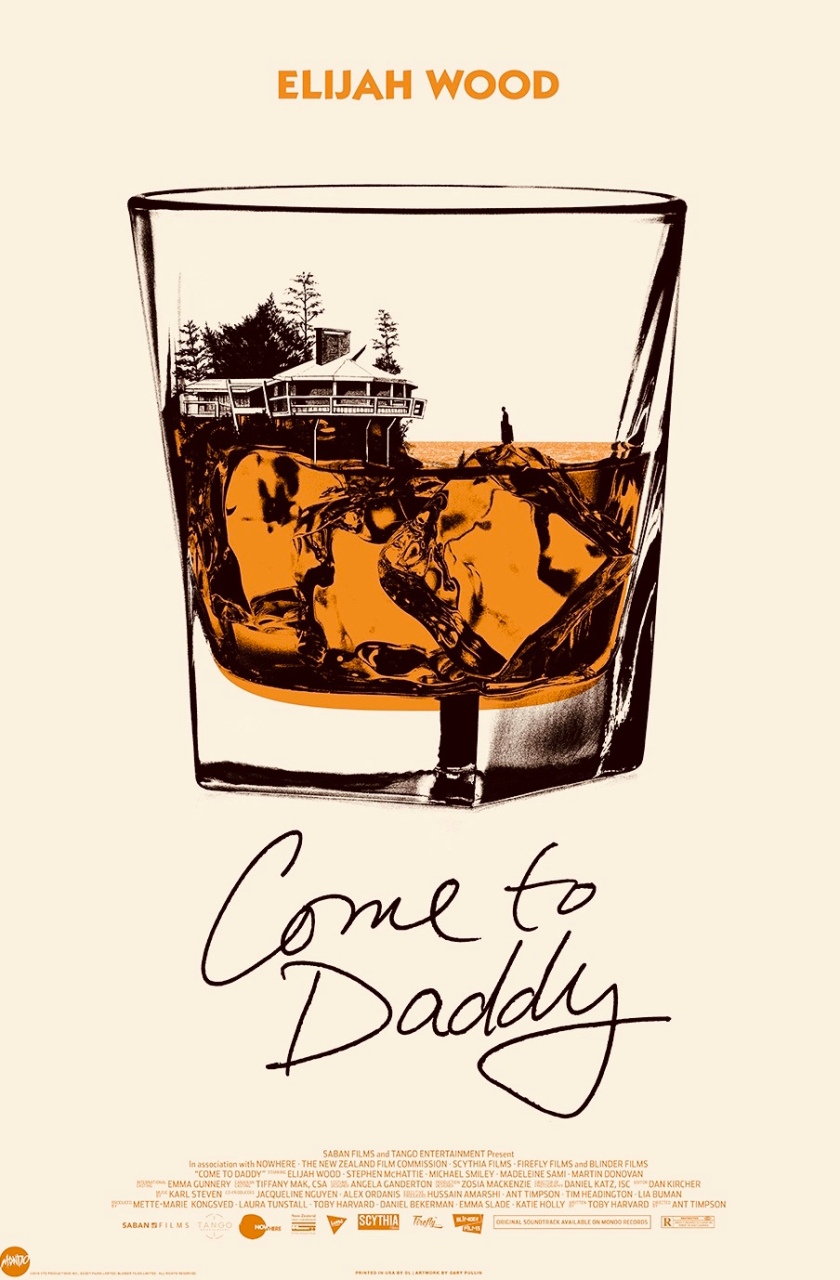 Watch & review enough movies and you learn to appreciate those which manage to surprise you. Come to Daddy is definitely not for everyone, but if nothing else, it is totally unpredictable from start to finish.

I’ll to refrain from giving any kind of detailed plot synopsis because the twists and character revelations come early and often. But the initial set-up has emotionally-fragile musician Norval Greenwood (Elijah Wood) visiting his estranged father (Stephen McHattie), who left him and his mother 30 years ago. Norval hopes to rekindle their relationship, or at least find out why he’s reaching-out after all these years. However, it turns out Dad isn’t the man he seems to be – in more ways than one – and the story’s just getting started.

Not a horror film per se, Come to Daddy is sometimes very horrific, but the wince-inducing violence is tempered by clever black comedy and, while occasionally shocking, it never feels gratuitous. The plot itself unfolds like something the Coen Brothers would concoct during a drunken binge – ultimately a compliment – and the performances are suitably amusing. Wood makes a sympathetic protagonist (though he can do this type of role in his sleep), but McHattie and especially Martin Donovan – whose role I wouldn’t dream of revealing – steal every scene they’re in.

Best of all, the entire film is completely unpredictable, blindsiding the viewer with one surprise after another. Come to Daddy is loaded with plot twists – none of which I saw coming – without any pesky red herrings. Twisted and brutal but also frequently funny, the film is consistently engaging for thrillseekers looking for something different.