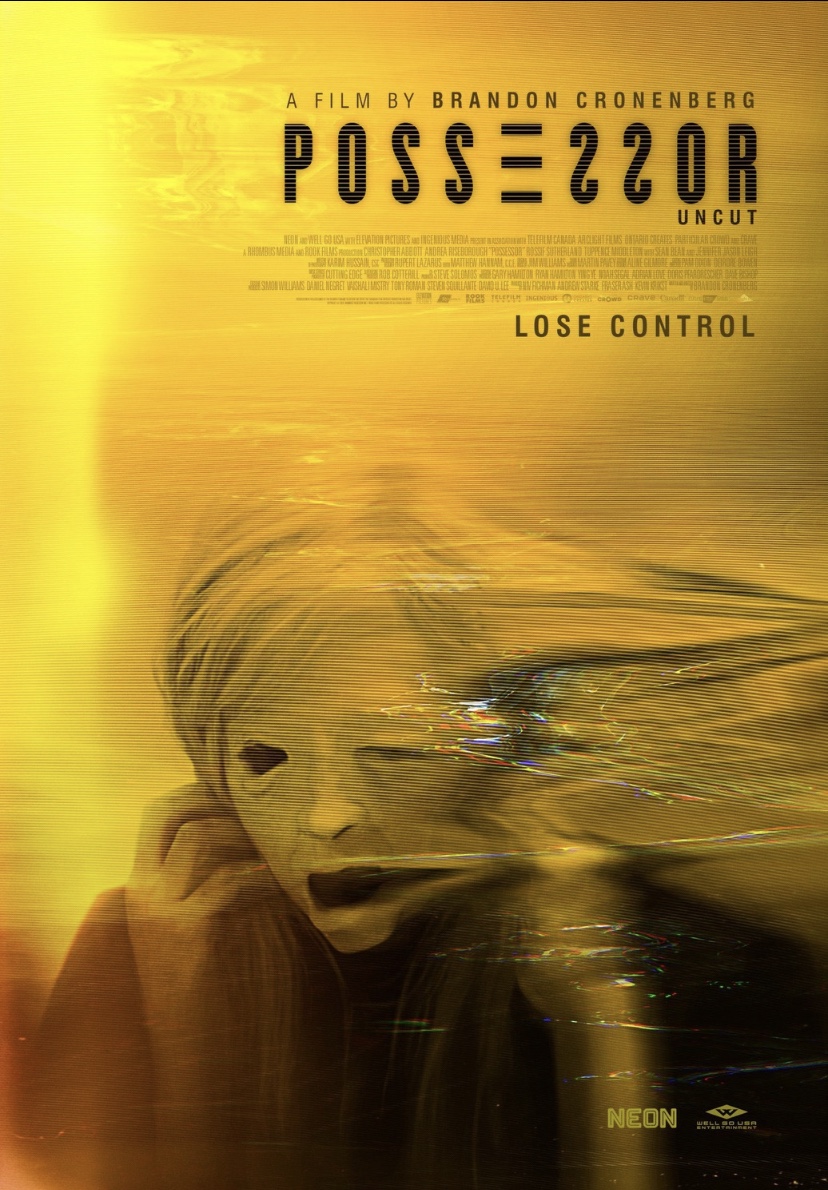 Tasya Vos (Andrea Riseborough) is an assassin who doesn’t actually do any physical killing herself. The company she works for has the technology to implant her consciousness into somebody else, controlling their thoughts and actions (essentially ‘possessing’ them). She then uses that person to kill her targets. The film opens with one such job, a jarringly violent sequence which establishes the tone and braces the viewer for a wild ride.

However, Tasya’s next job doesn’t go so well. She’s instructed to enter the mind of Colin Tate (Christopher Abbot), whose fiance Ava (Tuppence Middleton) is the daughter of powerful CEO John Parse (Sean Bean). This will allow her to get close to Parse so Tate can kill him, allowing a corporate takeover. While she’s successful, Tasya is unable to force Tate to take his own life afterwards – standard procedure – because his own consciousness starts fighting back. Since they’re sharing the same brain, Tate learns where her family lives and heads there to find out where she is. The second half of the film dishes out a heaping helping of literal internal conflict.

Explicitly dark and extremely gory, Possessor achieves a surreal, hallucinatory tone not-unlike Videodrome. Cronenberg takes a cue from the old man by providing just enough pseudo-science for the premise to seem plausible, as well as offering a bevy of morally-questionable main characters, including the protagonists. While we may not be too invested in them, the narrative they inhabit is consistently fascinating. Its brain-bending concept is bolstered by a lot of visual flair and oddball details which intentionally disorient the viewer, such as production design that is simultaneously futuristic and archaic.

A chip off the old block, Brandon Cronenberg also demonstrates a penchant for uninhibited, wince-inducing violence, marvelously rendered with good ol’ fashioned practical effects and completely convincing. Since the gore scenes are in service of a sharp, challenging story, those with strong stomachs will consider them icing on the cake. A potential cult classic, Possessor is a superlative example of sci-fi body horror, courtesy of a director who probably grew up around it.