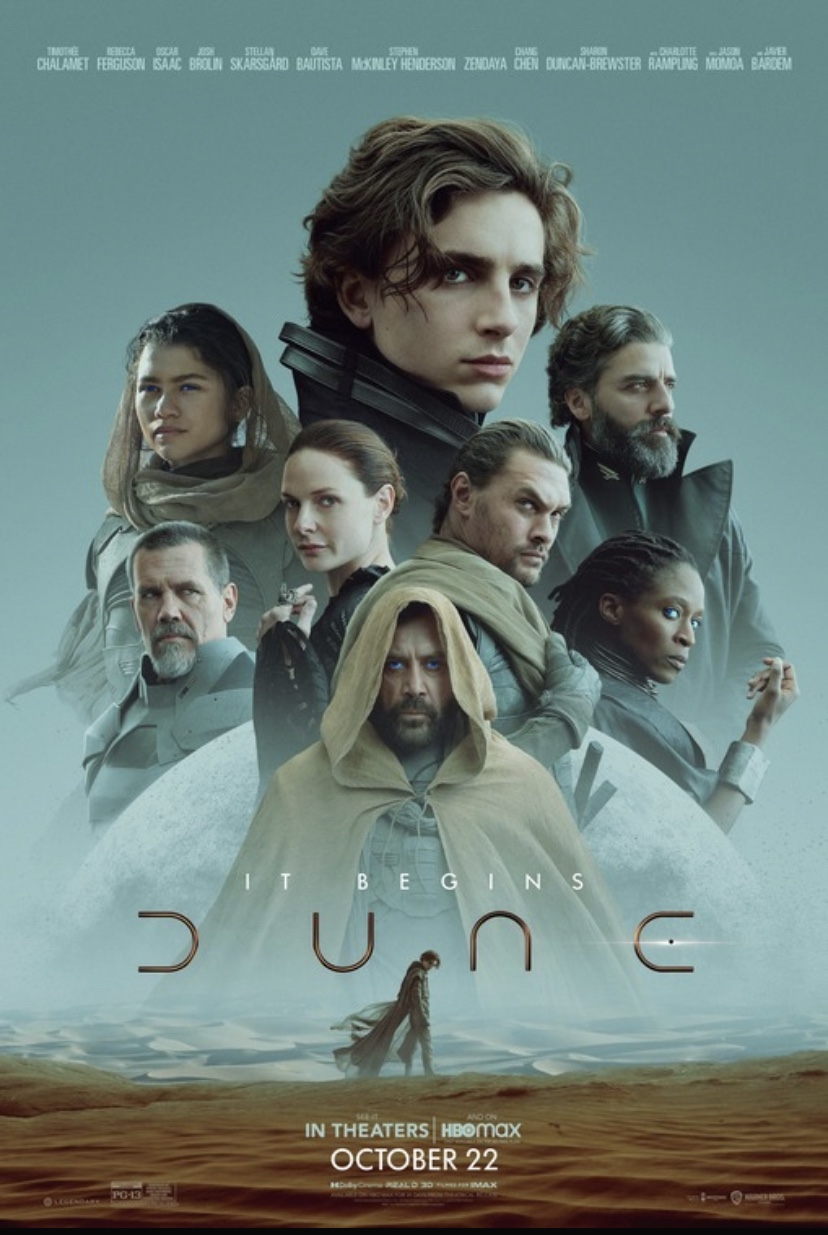 When you think about it, Dune might be the biggest act of bravery ever undertaken by a major studio.

First off, David Lynch’s truncated, convoluted adaptation of Frank Herbert’s unwieldy novel was one of the most noteworthy flops of the ’80s, both critically and commercially, adding credence to the argument that maybe the author’s vision was too much for one movie. A miniseries followed in 2000, which never escaped its TV origins, but was more-or-less faithful to the book. So did we really need a third run at the same story?

Second, the actual on-screen title is Dune Part One, a detail conspicuously left out of the entire ad campaign…which probably irked more than a few patrons settling into their theater seats for a complete movie. But indeed, the film ends mid-story, with no reassurance that we’d ever see its conclusion. This wasn’t like The Lord of the Rings, with three films planned all along, or two chapters of It, which had a narrative structure that essentially told separate stories. Considering the time and financial commitment, the wait-and-see approach as to whether or not there’d ever even be a Dune Part Two was pretty gutsy.

Third, even though Blade Runner 2049 was a great film, it severely underperformed at the box office, suggesting maybe the public was no longer interested in cerebral, somber and deliberately-paced science-fiction. Still, they had enough confidence in director Denis Villeneuve to hand him the reins for this one, too. At the very least, it’s obvious Dune ain’t being driven by profit alone.

Then to release it in the midst of a pandemic, where the odds of recouping your investment are iffy at best? Man, that takes some epic cajones, not to mention a truckload of confidence. Still, it’s safe to assume everyone involved consumed an equally large truckload of Rolaids prior to its release.

The gamble paid off, though. Dune was a big hit, both in theaters and on HBOMax, justifying all those gutsy moves. It also means we’ll indeed be getting Dune Part Two, which is a good thing because Part One not only outclasses every previous adaptation – both aesthetically and tonally – it’s one of the best films of 2021. Dune is such a sprawling, spectacular and immersive experience that it’s relatively easy to forgive the fact it’s only half a movie.

Whether one views it as a remake or simply a different adaptation of the same novel, comparisons to the 1984 film are inevitable. The story remains the same, but while Lynch’s version was almost comically convoluted, Villeneuve maintains the book’s narrative complexities without ever muddying the waters. And while the tone of this one is equally serious – something of a Villeneuve trademark – there are sparse moments of congenial humor, mainly because just as much care is put into creating well-rounded characters – instead of caricatures or talking heads – as the production design and visual effects.

Speaking of which, Dune is visually stunning, probably the best-looking sci-fi film since…well, Villeneuve’s own Blade Runner 2049. Even if one finds the story a bit too weighty and perplexing – which is possible if you’re not paying complete attention – it’s enjoyable to simply kick back to take in the striking imagery, as well as Hans Zimmer’s incredible score. Admittedly, though, some of the epic grandeur might seem a little diminished at home.

Still, Dune is a terrific film that looks great on Blu-ray and, more importantly, holds up with repeated viewings. Visually and narratively, there’s so much to take in that seeing it more than once is practically essential. Yeah, it sucks that it ends mid-story – with nothing resolved – but at least we don’t feel cheated. Bring on Part Two!