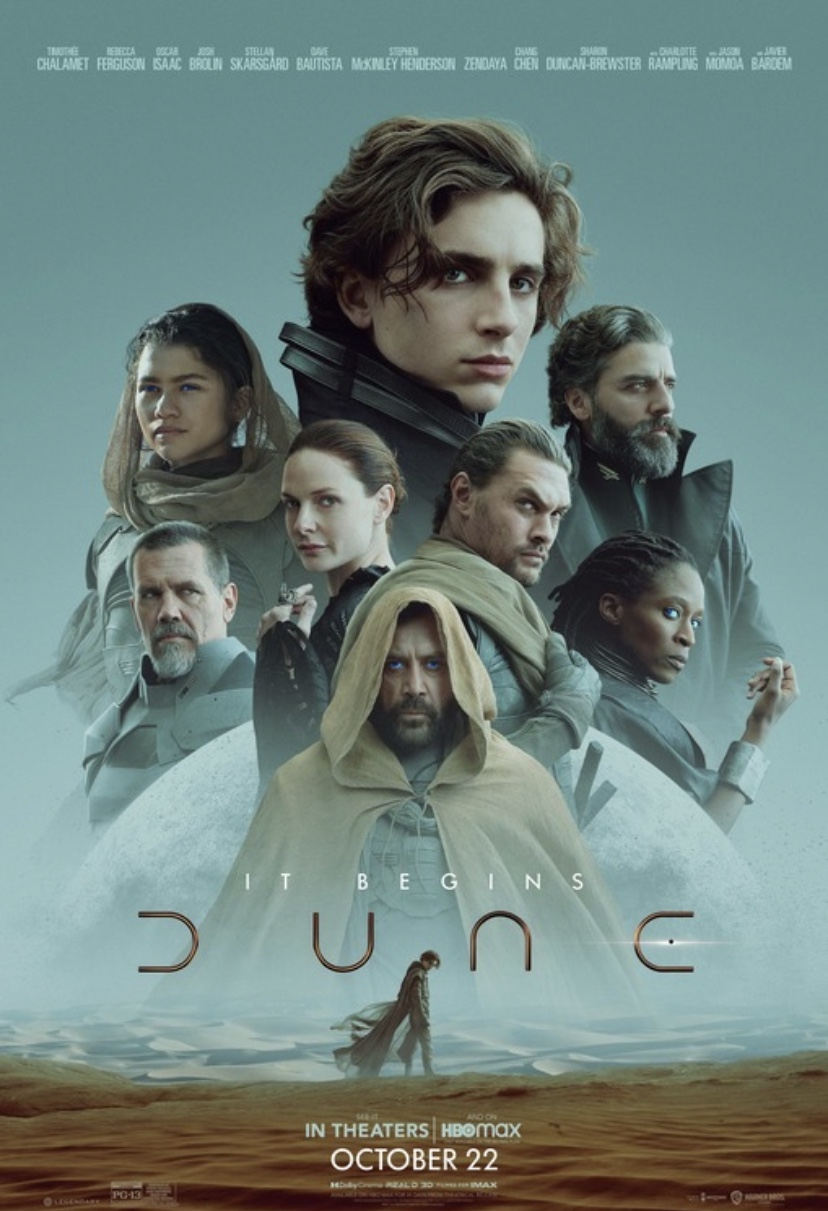 I likely surprise no one in my immediate circles, nor may I surprise distant readers, in telling anyone that Dune is one of my favourite films of the year. A dense science fiction epic with masterful effects and cinematography is sure to get praise enough from a host of observers, but beyond the initial scope lies the added bonus of Villeneuve’s brilliant attention to detail.

Readers of the source material may marvel at the succinct introduction of key concepts, big-brained focal points that may seem relatively innocuous until revealed to be part of a larger picture. This opus succeeds on the strength of its script balancing heady ideas on a plate of visual splendour. The shift in aspect ratio at the end of the first third captures the grandeur in both the spectacle for the audience and the imposing endeavour presented to the characters, keeping the humans in the forefront of what is destined to be a new odyssey in the grand scope of cinema.

It becomes difficult to offer much else. Some may be wary to allot themselves the freedom to be uncertain, as many of the film’s elements are presented methodically over time. And it goes without saying once the title card first appears that Dune’s greatest fault is its inability to tell the totality of the story, building to a climax that is best left for subsequent films.

But Dune does what so many other adaptations fail to do. It remains faithful. It trusts in the beauty of storytelling that Herbert once mastered. It expands on his ideas only so much as to offer the audience a better glimpse as to the possibility beyond them, gearing them for their glorious purpose yet to be fulfilled. As the sequel begins its production, I remain a fan as optimistic as ever. Even knowing the book’s latter half carries the brunt of its zaniness, I have the upmost faith that the totality of Villeneuve’s vision will leave a lasting impression on film for years to come. 8.8/10