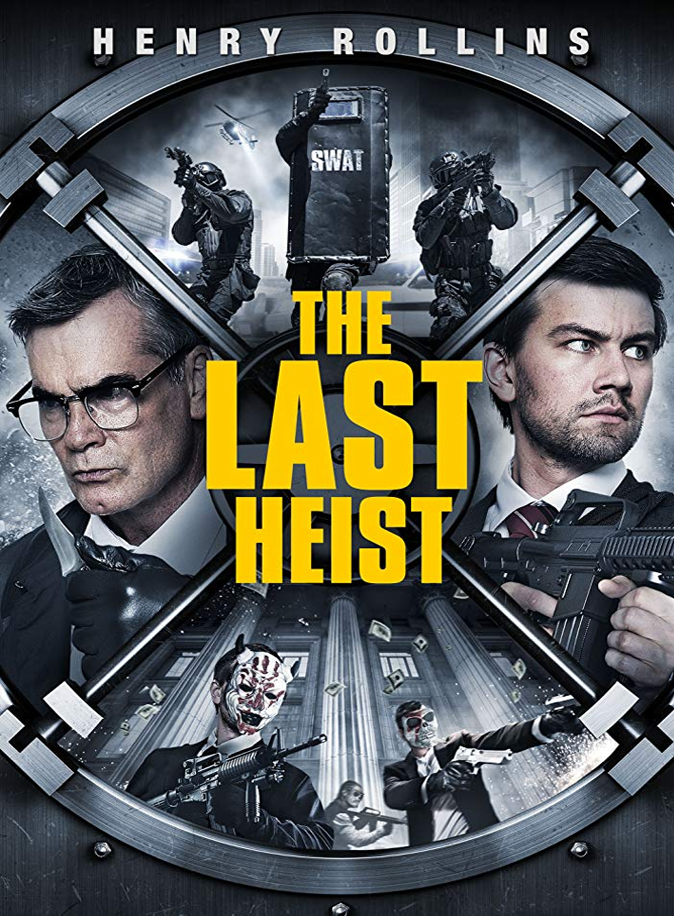 Plot:  A bank Robbery goes terribly wrong when one of the hostages turns out to be a wanted serial killer

Why I watched it: B-Movie, decent plot idea and Henry Rollins.

Thoughts: Henry Rollins has turned himself into a solid genre actor, He’s done some good work and a lot it his charisma and he’s a solid presence an he can be scary.

What I liked: The idea is the best thing about the movie, it’s a Die Hard knockoff in a way but instead of a cop being trapped it’s a serial killer, and that could have really worked especially in a B-Movie setting and you add Henry Rollins has a serial killer who keeps his victims eyes in a safety deposit box then how could you loose.

The other actor I liked in this is Victoria Pratt who plays the lead cop, it’s a thankless role but she’s a good actor and she brings humour and a sexiness to the part.

What I didn’t like: The script and budget killed this movie, also it needed to be tighter.  The idea of a bank hold up, with hostages but there’s also a serial killer in the bank is cool but here it’s handled so badly it’s almost laughable and some of the secondary actors are that bad where you just might laugh.  This is lazy writing, all their ideas went on the plot and not fleshing out characters.  Every character is a cliche and really they don’t explore the Rollins character enough, he’s a secondary character and he should be front and centre.  They take the main idea and they stick it in a standard bank hostage movie.

Having one of the bank robbers and one of the bank employees brothers didn’t help cause it just forced melodrama that the movie didn’t need.  Even under 90 minutes this film dragged, the pacing is off and really with a serial killer involved with this I can’t understand how this film has no tension whatsoever.

The other bad thing is the film seems cheap, some movies hid they had no budget, not this one it reeks of a small budget.  Money could have helped in a lot of areas, the setting doesn’t seem like a bank, I get it’s small town but come on lets do some production design here.  This film just looks like and seems second rate.

Final Thoughts: except for Victoria Pratt, and some of the stuff Rollins got to do I didn’t care for this movie at all.  A missed opportunity to make a fun and ballsy B-Movie.