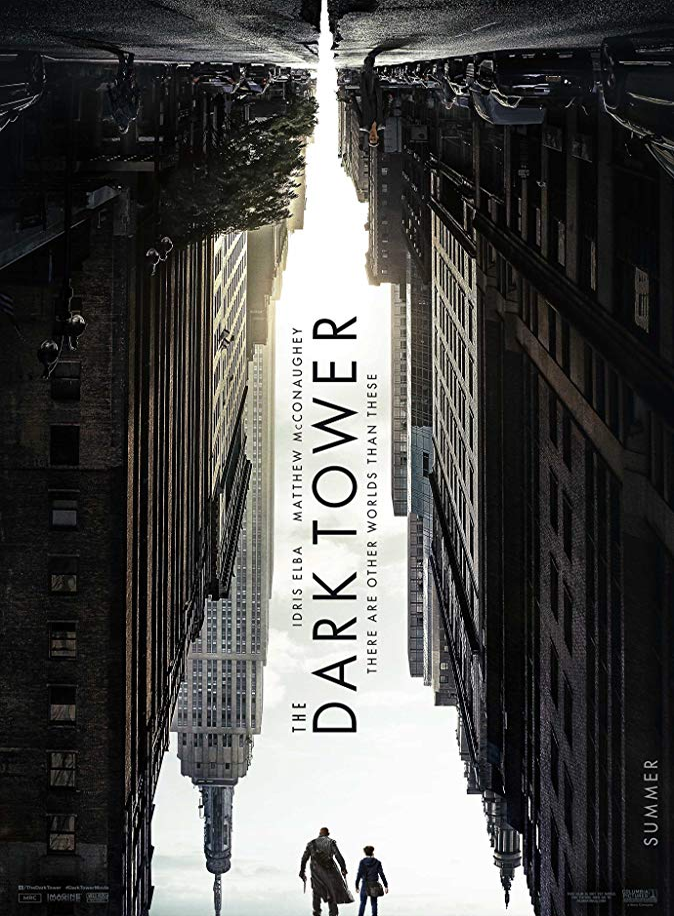 Plot: The last Gunslinger, Roland Deschain, has been locked in an eternal battle with Walter O’Dim, also known as the Man in Black, determined to prevent him from toppling the Dark Tower, which holds the universe together. With the fate of the worlds at stake, good and evil will collide in the ultimate battle as only Roland can defend the Tower from the Man in Black.

Why I Watched it: Two reasons it was on iTunes for .99 cents and of course I had to see if it was really that bad.

Random Thoughts: The series of books written by Stephen King, I do believe seven in all in the Dark Tower epic saga was something of the white whale in Hollywood for what seems like decades there was talk of getting this on the screen.  When they finally did it, well let’s say they didn’t make the fans, critics or film lovers very happy.  I t got made and there’s still talk of a TV series but man this stink is going to be hard to get rid of.

What I liked: The film is not very good and honestly it’s hard to find good things to say but I will say that Idris Elba is good here and if given a better script and more time I think he could really flesh out the Gunslinger character, here in this film he’s uses his charm and acting ability to give us a shadow of what that character could have been and is in the books.  Tom Taylor is fine and the scenes with him and Elba are good.

What I didn’t like: Now lets get something straight on it’s own The Dark Tower is a not a good movie, it’s not the worst in the world and people like Elba and McConaughey so if we take it as just another Hollywood Summer movie that failed we could live with that but they took not only a book but a well loved series of books and they crapped the bed.  To take seven books and turn them into one movie that is just over 90 minutes is just plan dumb, so much of this series isn’t there it’s a film version of Cliff Notes, we get a rushed summary.  Say what you want about books not mattering when they turn them into films but I disagree when you use a title then that comes with expectations, they’re using the title The Dark Tower to get people into seats, they’re using Stephen King’s name to promote the movie but this film is not anywhere close to the books.

In films right now we talk a lot about world building, and for most of the bigger films it takes a whole 2 hours to properly build a world, and that builds to sequels.  Why world building is important cause we have to know where we are, what the rules are and what we’re aiming towards, it’s a lot of work to be told on film and this film just flat out doesn’t do it.  I can’t call it lazy it’s borderline incompetent.  The film the world their in makes no sense, we aren’t shown enough to get a sense of what is even going on. The biggest problem I have is with the Matthew McConaughey character, demon/devil whatever but it’s clear McConaughey never got a handle on him cause he’s all over the place with his performance, there’s a scene where he’s cooking chicken waiting for someone and it goes nowhere.  His acting isn’t bad but man he’s not sure how to play this guy cause he’s written really badly.

The other big point is how bad the special effects are and how bad at times the film looks, they went cheap and when you do that on something that you’re building up as epic, well let’s say it feels like false advertising.  I was shocked at how cheap the film looked, this needed a bigger scale and a much grander view.  With the cheap let’s also talk about how short this film is for the story they have to tell, the film does feel very chopped up and it doesn’t feel connected at times. Stuff is introduced, characters shown and they go nowhere. The ending also feels very rushed and not well thought out.

Final Thoughts: Very disappointing for a film that had this much history of the making and such a wealth of source material to play with and to just be so sloppy and confusing is terrible.