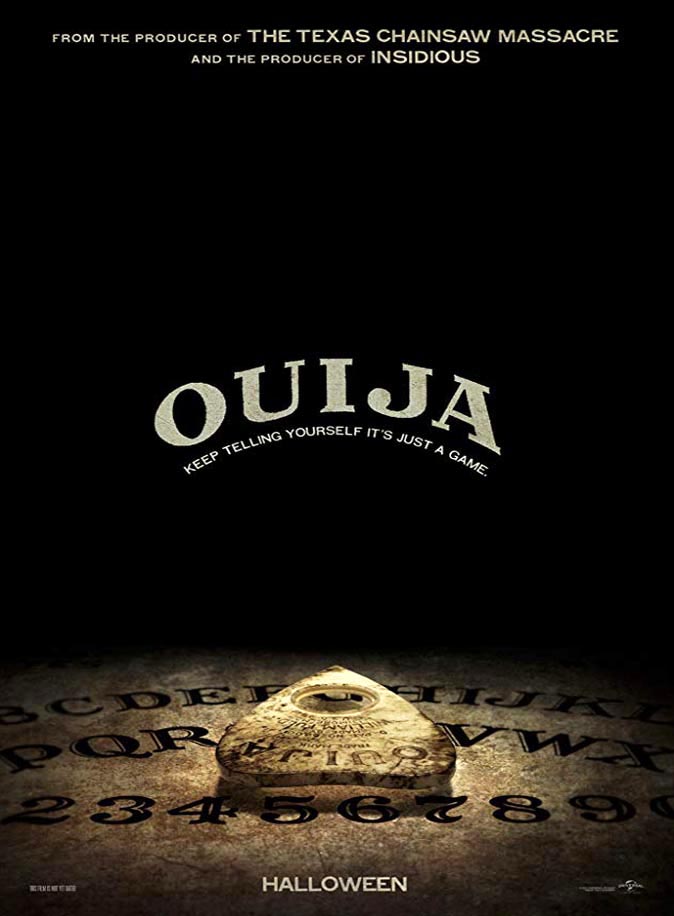 Decided to do some catch up on a couple titles I had always been meaning to check when they dropped.Ouija (2014)and its sequel Ouija: Origins of Evil (2016). Based off the board game of the same, these play up somewhat well the supernatural aspect of horror. Starting with the first, when a young woman (Debbie) finds the game in her house she decides to play it alone thus unlocking an evil that sends her to her death.

Close friend to Debbie, Laine, herself, with a group of close friends, decides to use the board to contact Debbie and say goodbye but quickly learns she’s not “speaking” to Debbie but a different spirit that goes by the name DZ. DZ warns Laine of an evil presence in the midst which begins taking out the friends one by one. Though routine and fairly predictable, the first installment plays out very well, especially once the twist to the backstory is reveraled…which pretty much brings us to ORIGINS. We’re reintroduced to the home and residing family in which all the killings of the original film took place, but this time set in 1967.

Alice Zander (Elizabeth Reaser) is a widowed mother with two daughters (one of which is DZ) who assist her as a medium. Albeit all a scam they soon come to purchase a new board game in which to contact the other side and possibly speak to their lost member. When contact is made, unfortunately they soon find out they’ve unlocked a much darker presence with an evil past connection to the house. A possession occurs and madness ensues. All events touched on in the original are present and what’s better is that this is also one of the rare times a sequel is much better than its predecessor. Making for a fairly nice double header, the Ouija series is a solid view worth a couple bowls of popcorn, enjoy