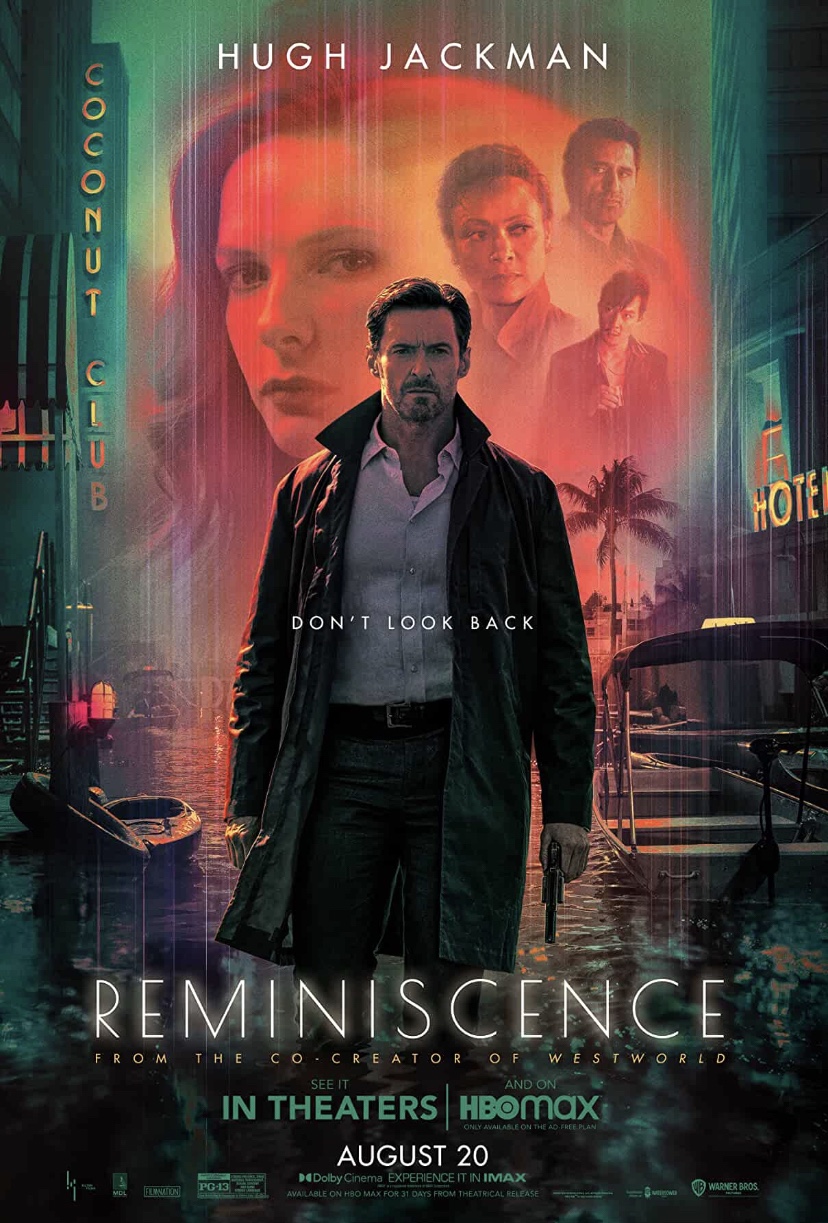 If nothing else, Reminiscence looks incredible. Taking place in the near future, climate change has flooded coastal cities and the days are so sweltering that everyone’s forced to live more-or-less nocturnally. In addition to the obvious film noir aesthetics, this future dystopia is a triumph of production design, which is as visually impressive as the significantly more lauded Dune.

But depicting Miami as a waterlogged urban jungle has little to do with the actual story. Hugh Jackman plays Nick Bannister, a war veteran who makes a living with a machine that allows people to relive their memories. He becomes romantically involved with new client Mae (Rebecca Ferguson), a sultry lounge singer who mysteriously disappears a few months later.

To the chagrin of his beleaguered assistant, Watts (Thandiwe Newton), Nick becomes obsessed with finding Mae, repeatedly using the machine to search for clues to her whereabouts. Meanwhile, the police enlist his help to interrogate a suspect with connections to a New Orleans kingpin who deals a designer drug called Baca. When Mae shows up in one of those memories, Nick realizes she’s not the woman he thought she was. Mae might also be connected to the murder of one of his other clients, a young woman who was having an affair – and had a son with – the city’s most powerful land baron.

There’s actually a lot more plot than a film like this really needs, compounded by too many antagonists, some who arrive pretty late in the film. Interest level rises and wanes with all the numerous story twists – some surprising, some not – but the film noir elements are wonderful. In addition to a dark, neon-lit atmosphere and narration straight out of a pulp novel, Jackman is effective as the cynical, streetwise protagonist who gets in over his head, while Ferguson makes a fetching femme fatale. But Newton gives the most earnest performance, serving as Nick’s moral compass.

So while the narrative isn’t always compelling, the special effects, production design and homages to classic film noir hold our attention. Perhaps that’s not enough to warrant repeated viewings, but it’s certainly worth checking-out at least once. Reminiscence kind of came-and-went with little attention when first released, but here’s hoping it’ll be remembered come Oscar time, since its technical aspects deserve a few nods.