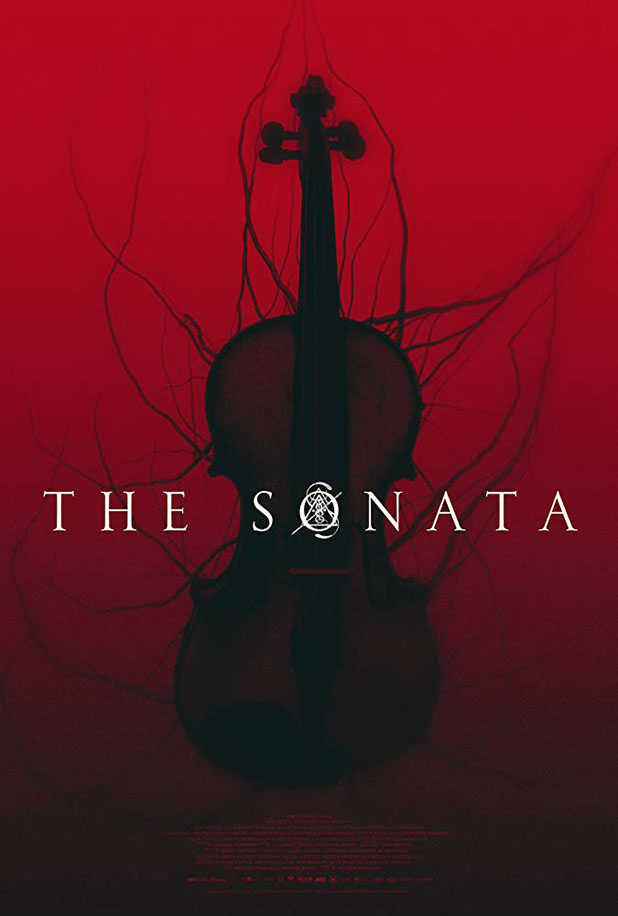 Do you like a dash of classical music? And are you a fan of Gothic horror movies such as “Crimson Peaks” for example? Well, then you’ll certainly enjoy yourself with this movie “The Sonata“. However, if you are looking for a scary and nerve-racking horror, then it would be best to ignore it. Because it really isn’t creepy at all. Only the background music tries its best to make it all a bit more exciting. Even worse. In this film, classical music is even the means par excellence for opening the gate to hell so the Prince of Darkness in person can walk amongst us. All quite mysterious but the film just didn’t make it to the “horror” category.

The most unique thing about the film is the fact that Rutger Hauer shows up in it. Most likely his last achievement in the field of acting. But don’t get too excited. The number of times he appears on screen is fairly limited. He may be the central figure in this mystery, which mainly takes place on French territory, but still, he plays a minor role. Hauer plays the eccentric composer Richard Marlowe who has withdrawn to an old mansion from the 10th century to compose a final symphony there. Marlowe may not have been a famous composer, but he was a notorious one. “A trendy composer” as Charles Vernais (Simon Abkarian), the agent of the talented violinist Rose Fisher (Freya Tingley), claims. The Syd Barrett of the classical music scene, as it were. When Richard Marlowe dies, his daughter Rose (her father disappeared out of her life when she was 14 months old) inherits the estate and his notorious past. And when the wayward Rose travels to France to view the dilapidated estate, she finds, miraculously, the latest creation of her deceased father. A violin sonata that, according to her agent, could cause quite a stir in the world of classical music. Did they know that this bundle of scores full of musical notes and mysterious signs would become a completely different source of misery?

“The Sonata” is not really a movie to remember. There are too many flaws to be discovered in it. First of all, there’s the acting part. This was generally acceptable. But at times it was simply bad. As if the actors weren’t able to empathise with their character suddenly. The only one who continued to act on the same level was Freya Tingley. Not only she’s a natural beauty. Her acting as the somewhat emotionless and resentful Rose is absolutely splendid. The most disappointing thing about this film was the CGI. I haven’t seen such outdated special effects for a long time. Most probably the budget must be blamed. Especially the graphics at the end of the film was laughable. And as said before, there’s also the total lack of tension or creepiness. Apart from a single “jump scare”, this was a rather weak aspect. And many will complain about the denouement. A “That’s it?” sigh won’t be far away. And some things didn’t make much sense either. For instance. Despite the alienation from her father (even being ignorant of whether he’s alive or not), Rose doesn’t hesitate for a second to travel to France and move into a ruin that looks like a haunted house. Weird.

Naturally, you expect a film about a possessed house where restless souls roam around. In a sense, that’s true, but it doesn’t feel that way. It’s rather a film about obsession and the power that lies in music. The most positive thing about the film is the overall atmosphere they managed to create. And this mainly due to the set-up. An age-old country house with dark, drafty rooms full of cobwebs. Where people still have to use such a medieval-looking candlestick at night. But the soundtrack also contributed to the mood. Something I don’t really pay attention to normally. But I have to admit that classical music is extremely suitable to give it a more spooky touch. Only the music wasn’t enough to make it a scary movie. A nice attempt. A pleasure to see Rutger again. But unfortunately, nothing special either.