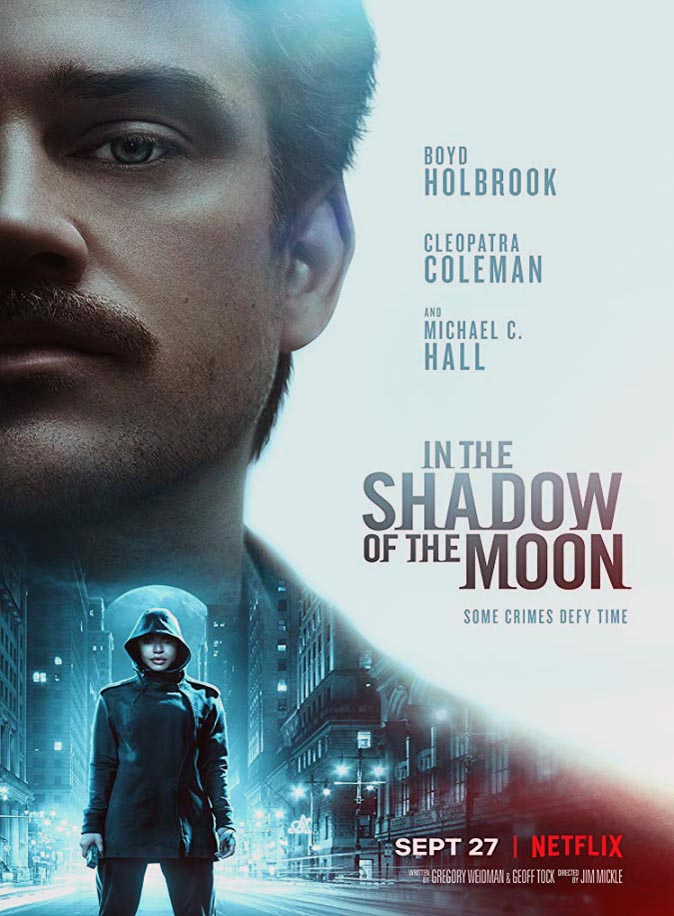 If you kill me now…
the world as you know it will end
in a very short time.

Yeah. Once again a movie about time traveling. Always interesting to see how they incorporated the paradox of time travel. And there’s always going to be someone who claims something isn’t right. Not that I really care about that because I still don’t know anyone who has actually traveled through time to provide proof whether changes in the past may or may not affect the future. Perhaps that would provide proof of whether the grandfather paradox is plausible or not. So, for me, it’s still pure Sci-Fi. And that results in enjoyable films such as “About Time“, “I’ll follow you down” or “Predestination” this Netflix Original certainly wasn’t that bad either.

This film differs enormously from one like “Predestination“. And this is in terms of simplicity. It’s not all that complicated. Don’t expect such an immense “mindfuck” as in the latter. You don’t need an immense manual or walk-through here. And furthermore, it’s a pleasant mixture of detective movies and Sci-Fi. The tracing of a serial killer (active in Philadelphia) by the ambitious police officer Locke (Boyd Holbrook) is the common thread throughout the film.

The apparently randomly selected innocent victims, die a terrible death in which decomposing brains are the cause of the sudden death. Locke discovers that all the victims have scars in the neck area. Soon it’s said that an isotope is the cause of them ending up dead in a rapidly spreading blood pool. And when a fourth victim manages to give an accurate description of the person, a massive search is being conducted. Locke ends up face to face with a young, colored teenager (with a thorough knowledge of combat techniques) in a blue jogging suit (Cleopatra Coleman). The biggest shock for Locke is that she knows a lot of facts about Locke. Facts she couldn’t have known. And before you know it, it’s 9 years later.

The film is divided into time periods of 9 years. Starting in the year 1988. The year that the first murders happen. It’s actually the most action-rich part. And also the most realistic. The way in which a cook, concert pianist, and female bus driver meet their end, has been portrayed as enormously realistic. Don’t expect an ordinary cause of death. It’s pretty bloody. And in the case of the bus driver, quite spectacular. But when the phenomenon of the returning teenager reveals itself and you finally begin to understand what’s going on, realism slowly but surely fades away and gives way to pure fiction. And gradually you realise that this isn’t a typical detective film, with inspectors (like in “Se7en“) chasing a crazy serial killer. No way. It gradually transforms into thoughtful sci-fi and then ends in a corny drama about family issues.

To be honest, I thought the acting performance of Boyd Holbrook as the wayward Locke wasn’t bad at all. Perseverance and drivenness were exceptionally well portrayed. Because of his obsession to solve the mystery, he loses control of reality. It destroys his family relationships and interferes with his work. Gradually Locke turns into an unkempt tramp, without work and living in his car. Therefore, let me praise the make-up department of this production. And although Holbrook’s acting was outstanding, you can’t say he out-sings the rest of the cast. They weren’t bad, but you can’t speak of spectacular interpretations either. Only the action-rich fight scenes with Cleopatra Coleman as an unleashed fury pleased me as well.

No, “In the shadow of the Moon” certainly wasn’t a disastrous film. Although the story was essentially not too original. And you get that feeling that you’ve seen it all before. Probably because of that, the denouement wasn’t really surprising. Perhaps the opening scene was too revealing as well. The question of whether you can avoid disaster by drastically changing something in the past is and remains fascinating. I bet that the event they tried to undo, will be the subject of discussion once again. Just look at the politically charged opinions on other websites. Even the word “propaganda” is used all too often. The patronizing tone and the explanatory nature of the film were no obstacles for me to enjoying this film. Don’t expect a groundbreaking movie. But it surely was entertaining enough. So, it’s definitely well worth a watch, this Netflix Original.